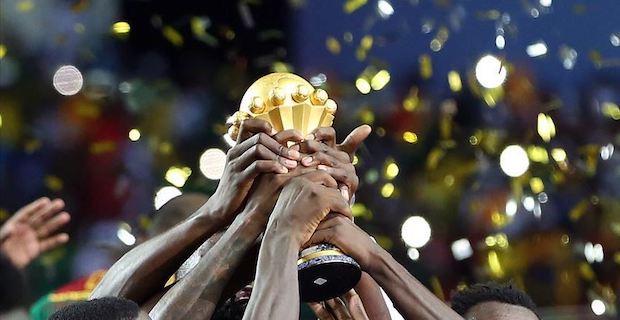 In the second half of the match, Andriatsima from Madagascar gave his nation the lead again in the 77th minute.

The match went into extra-time after Chancel Mbemba's late equalizer in the last minute of the regular time, 2-2.

In the extra time, both team were not able to break the deadlock and the penalty shootout determined the victor.

Madagascar beat DR Congo 4-2 on penalties and qualified for the quarter-finals as the team continue to shock their rivals with impressive performances in the competition.

In the second game of the day, Algeria hammered Guinea 3-0 and bagged the last-eight ticket.

Mohamed Belaili, Riyad Mahrez and Adam Ounas all scored for Algeria and brought the easy victory over Guinea.

The Round of 16 phase in Egypt will be completed with two games on Monday.

Two-time champions Ivory Coast will take on Mali in Suez while Ghana will face Tunisia in Ismailia in tournament's last Round 16 matches.

Keywords:
MadagascarAlgeriaAfrica Cup
Your comment has been forwarded to the administrator for approval.×
Warning! Will constitute a criminal offense, illegal, threatening, offensive, insulting and swearing, derogatory, defamatory, vulgar, pornographic, indecent, personality rights, damaging or similar nature in the nature of all kinds of financial content, legal, criminal and administrative responsibility for the content of the sender member / members are belong.
Related News