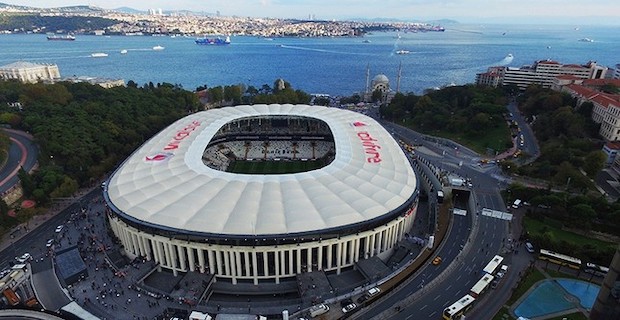 The last English side to win the UEFA Super Cup was Liverpool, who got the better of CSKA Moskva after extra time in the 2005 game in Monaco. Four English teams have lost in the fixture since: Manchester United (in 2008 and 2017) and Chelsea (in 2012 and 2013).

This will be Liverpool’s sixth UEFA Super Cup appearance; they won the competition in 1977 and 2005 as European champions (knocking Chelsea out in the latter semi-final), and in 2001 as UEFA Cup holders. However they lost (as European Cup holders) in the 1978 and 1984 games.

Istanbul looms large in the Reds’ history; they came from 3-0 down to win the 2005 UEFA Champions League final on penalties at the Atatürk Olympic Stadium, but have yet to win a game outright in the city, their five visits ending in three defeats and two draws. They lost 2-1 to Beşiktaş in the 2007/08 group stage at the Inönü Stadium – the venue that was knocked down to build Beşiktaş Park.

Chelsea are making their fourth appearance in the UEFA Super Cup; they beat Real Madrid 1-0 in Monaco in 1998, when they qualified as UEFA Cup Winners' Cup holders, but have lost in their two subsequent appearances: 4-1 to Atlético in 2012 (when the Blues were European champions) and on penalties to Bayern München the following year, when Chelsea had qualified as UEFA Europa League winners.

Chelsea have played three UEFA competition games in Istanbul (W1 D1 L1) but will be making their first appearance at Beşiktaş Park. They took on Beşiktaş themselves in the 2003/04 UEFA Champions League group stage, both games ending in 2-0 away wins, but the Istanbul side played that home game in Gelsenkirchen.