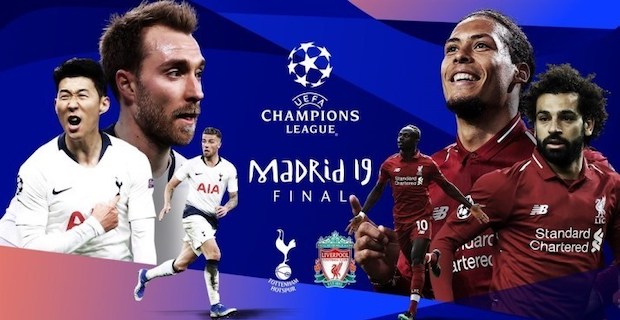 In an all-English rivalry, Liverpool will be pit against Tottenham in the UEFA Champions League final on Saturday. The match in Madrid, Spain's capital, will kick off at 2000GMT at Metropolitano Stadium.  Tottenham and Liverpool will meet for the third time in a UEFA competition. Liverpool beat Tottenham 1-0 at home and were defeated 2-1 in an away match in the 1972-73 UEFA Cup semifinals advancing to the final with an away goal.

Liverpool is a five-time winner of the UEFA Champions League Cup, while Tottenham aims to win the title for the first time.

It will be the second Champions League Final between two English clubs.

Manchester United played against Chelsea in the UEFA Champions League Final in 2008.

Keywords:
LiverpoolTottenhamChampions League Final
Your comment has been forwarded to the administrator for approval.×
Warning! Will constitute a criminal offense, illegal, threatening, offensive, insulting and swearing, derogatory, defamatory, vulgar, pornographic, indecent, personality rights, damaging or similar nature in the nature of all kinds of financial content, legal, criminal and administrative responsibility for the content of the sender member / members are belong.
Related News