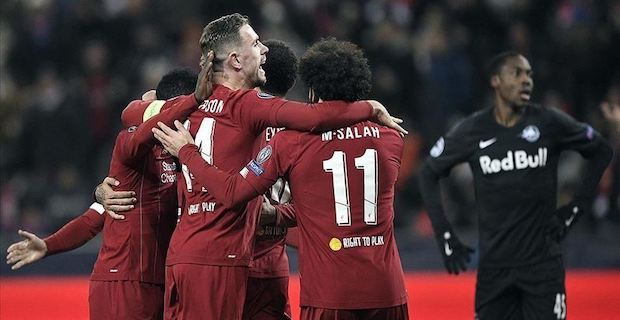 English Premier League leaders Liverpool beat Sheffield United 2-0 in Thursday's league match to earn their 11th straight win. Still unbeaten in the Premier League, Liverpool feel safe and secure on top with 19 wins and only one draw in 20 matches.

The goals against Sheffield were scored by Egyptian star Mohamed Salah in the fourth minute and Sadio Mane from Senegal in the 64th minute.

Liverpool have been long craving for a Premier League triumph as they last grabbed it three decades ago in 1990.

Keywords:
LiverpoolEnglish Premier LeagueSheffield United
Your comment has been forwarded to the administrator for approval.×
Warning! Will constitute a criminal offense, illegal, threatening, offensive, insulting and swearing, derogatory, defamatory, vulgar, pornographic, indecent, personality rights, damaging or similar nature in the nature of all kinds of financial content, legal, criminal and administrative responsibility for the content of the sender member / members are belong.
Related News