Juventus vs Inter game without fans for COVID-19 threat 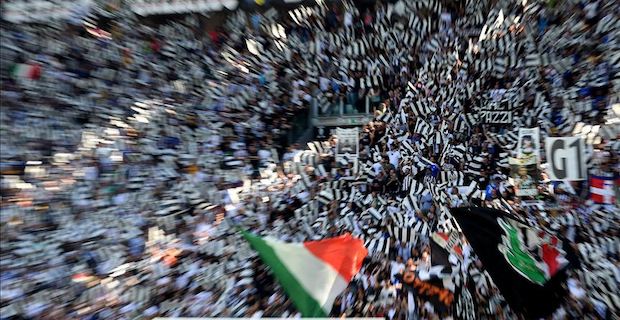 This week's highly anticipated match between Juventus and Inter Milan in the Serie A division will be held without fans in stadium due to coronavirus outbreak in northern Italy. "Juventus-Inter, scheduled for 20:45 on Sunday 1 March at the Allianz Stadium, will be played behind closed doors," Juventus said on their website late Thursday. "Lega Serie A communicated, in compliance with the Decree of the President of the Council of Ministers from 25 February 2020, "Further implementing provisions of the decree-law from 23 February 2020, n. 6, containing urgent measures regarding the containment and management of the epidemiological emergency that is COVID-19," the Turin club added.

This match will be critical for the title race as Juventus top the table with 60 points, six points ahead of third-placed Inter Milan.

The Italian football federation already postponed three Serie A games last week as coronavirus continues to spread across the country.

Italy became the worst-hit countries in Europe by the coronavirus outbreak, while the number of coronavirus cases has risen to 65, according to local media.

The death toll in the country has risen to 17, according to the latest figures released by the country’s head of civil protection.

Keywords:
JuventusCOVID-19
Your comment has been forwarded to the administrator for approval.×
Warning! Will constitute a criminal offense, illegal, threatening, offensive, insulting and swearing, derogatory, defamatory, vulgar, pornographic, indecent, personality rights, damaging or similar nature in the nature of all kinds of financial content, legal, criminal and administrative responsibility for the content of the sender member / members are belong.
Related News