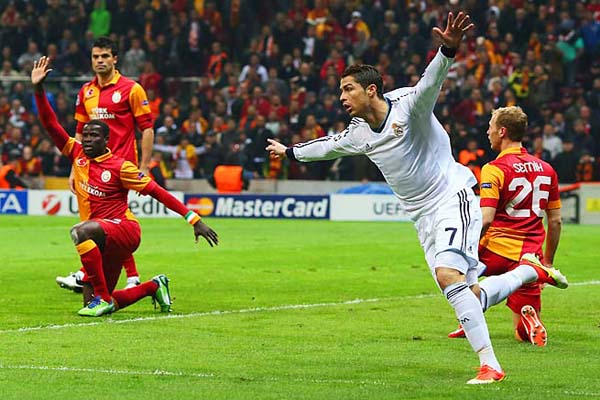 Galatasaray FC and Real Madrid will both try to reach their first points in UEFA Champions League Group B in Istanbul. Galatasaray coach Fatih Terim who is also coaching Turkish internationals for the last four games in world cup qualifiers is lacking Hamit Altintop with a groin problem but he is hoping that Galatasaray fans can ignite the fire in Istanbul tonight. Xabi Alonso, Fabio Coentrao and Raphael Varane are missing in Real Madrid squad for tonight but Álvaro Arbeloa is returning to the team after recovering from muscular problems.  The two teams played last season's UEFA Champions League quarter-final  and Galatasaray, after losing the first game in Spain 3-0, managed to beat Real Madrid in the second leg 3-2.  Galatasaray won UEFA Super Cup in August 2000 after beating Real Madrid 2-1.