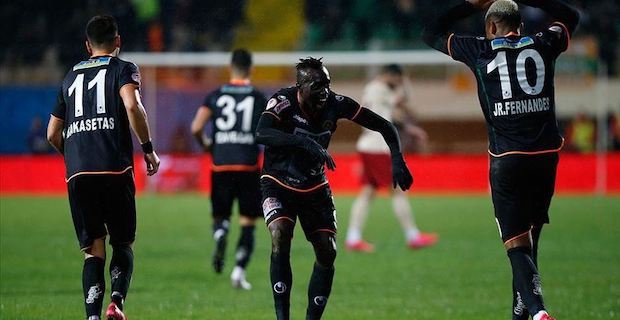 Galatasaray lost to Aytemiz Alanyaspor 2-0 Wednesday in a first-leg football match of the Turkish Cup quarterfinals.  Home team Alanyaspor's goals came from Greek forward Anastasios Bakasetas in the 20th minute and Chilean forward Junior Fernandes in the 55th minute. With their victory over Galatasaray at Bahcesehir Okullari Stadium, Aytemiz Alanyaspor head into the second-leg match next week with an advantage.

Keywords:
GalatasarayTurkish CupAlanyaspor
Your comment has been forwarded to the administrator for approval.×
Warning! Will constitute a criminal offense, illegal, threatening, offensive, insulting and swearing, derogatory, defamatory, vulgar, pornographic, indecent, personality rights, damaging or similar nature in the nature of all kinds of financial content, legal, criminal and administrative responsibility for the content of the sender member / members are belong.
Related News