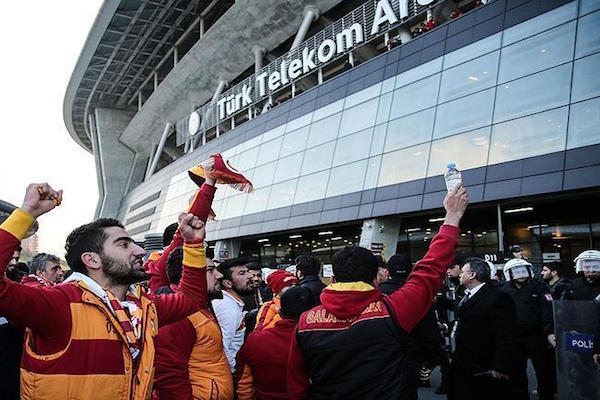 The football game was expected to start at 8 p.m. local time (1800 GMT) Sunday evening, but it was eventually decided to postpone the match to another date.

In a statement released on its official website, Turkish Football Federation said: "The Galatasaray-Fenerbahce game, which was supposed to be played tonight [Sunday] has been postponed to a further date due to a decision made by the Istanbul Governorate after talking to our teams".

Istanbul Governorate website said the game had been postponed after "serious intelligence" about security concerns was received. It added that the decision to postpone the match was made after consulting both teams.

Initially, the Turk Telekom Arena Stadium in Istanbul was evacuated to allow the game to proceed without the presence of any spectator; however, following a decision made by the Istanbul Security Directorate, the match was postponed.

Turkey's football authority is expected to announce a new date for the postponed match in the next few days.

Turkey has faced a string of terror attacks in the past few weeks, including a suicide bomb attack in Istanbul Saturday, which killed four foreigners and injured dozens others.