Galatasaray among the Last 16 in UEFA Champions League 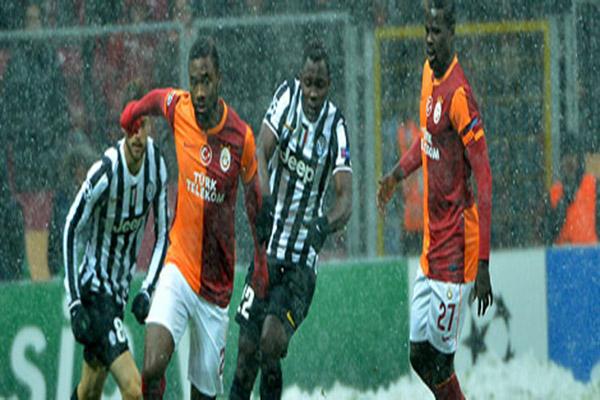 Galatasaray defeated Juventus by one goal against none on Matchday 6 of the UEFA Champions League at the ASY Sports Complex TT Arena on Wednesday afternoon December 11.

The game resumed at minute 31 where it was abandoned Tuesday night. But neither teams could score during the continuation of the match on Wednesday up until minute 85: when Wesley Sneijder scored after he grabbed a pass from Didier Drogba and fired to the goal post.

Having finished the group stage in the second place Galatasaray advanced to the first knockout round and Juventus in the third place will continue in the UEFA Europa League round of 16.