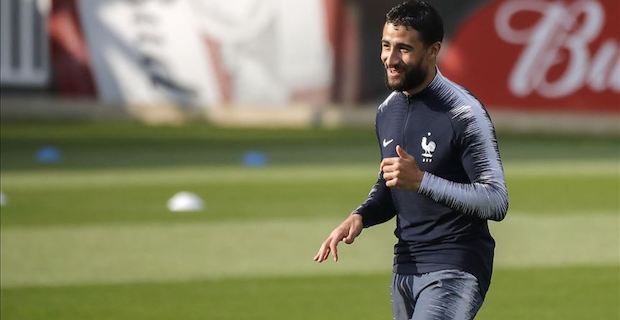 La Liga club Real Betis announced on late Monday the signing of French midfielder Nabil Fekir from Olympique Lyonnais on a 4-year contract. ''The French international has signed a contract until 2023 with the Green and White club. In this way, Fekir becomes the fourth team signing for the season 2019/2020,'' the Spanish club said in a statement on its website.

The 26-year-old midfielder made his first team debut with Olympique Lyonnais in 2013. He scored 69 goals and made 46 assists in six seasons for the French club.

Fekir also scored two goals in 21 appearances for his nation while he was also part of the 2018 FIFA World Cup winner France squad in Russia.

Keywords:
Nabil FekirReal Betis
Your comment has been forwarded to the administrator for approval.×
Warning! Will constitute a criminal offense, illegal, threatening, offensive, insulting and swearing, derogatory, defamatory, vulgar, pornographic, indecent, personality rights, damaging or similar nature in the nature of all kinds of financial content, legal, criminal and administrative responsibility for the content of the sender member / members are belong.
Related News