He represented Republic of Ireland on international level, retired from football in 1989 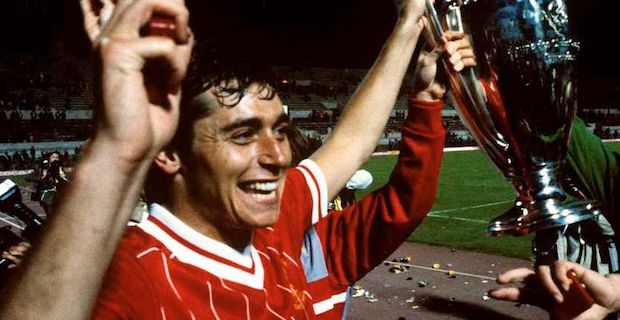 Former Liverpool player Michael Robinson died at the age of 61 on Tuesday, his family announced. ''With tremendous sadness we inform you of Michael’s death. It leaves us with a great emptiness, but also countless memories, full of the same love that you have shown him," it said in a statement. “We will be eternally grateful to you for making this man SO HAPPY, he never walked alone. Thank you." Liverpool also shared condolences with their former player's family and friends.

''We’re deeply saddened by the passing of former player Michael Robinson, aged 61. The thoughts of everybody at Liverpool Football Club are with Michael’s family and friends at this sad time. Rest in peace, Michael,'' the club said on Twitter. Robinson won English football league, League Cup and European Cup titles with Liverpool in 1984. The former striker also played for Preston North End, Manchester City, Brighton & Hove Albion, Queens Park Rangers and Osasuna during his career.  He made 24 appearances for the Republic of Ireland on an international level, and settled in Spain after retiring from football in 1989.

Keywords:
LiverpoolMichael Robinson
Your comment has been forwarded to the administrator for approval.×
Warning! Will constitute a criminal offense, illegal, threatening, offensive, insulting and swearing, derogatory, defamatory, vulgar, pornographic, indecent, personality rights, damaging or similar nature in the nature of all kinds of financial content, legal, criminal and administrative responsibility for the content of the sender member / members are belong.
Related News