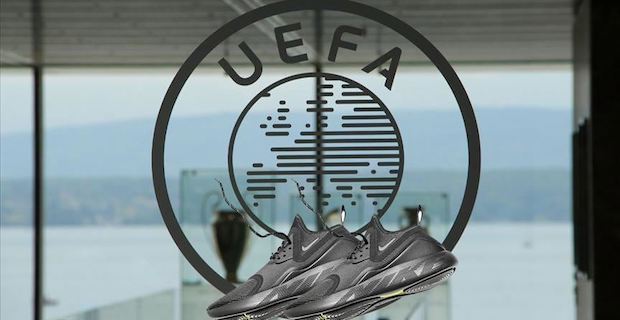 As part of the UEFA Europa League Trophy Tour, more than 1,000 pairs of football boots were distributed among Syrian refugee children at the camp, UEFA said.

"Having visited the Zaatari refugee camp, I have seen first-hand just how much the youngsters love playing football and what the game means to them," UEFA President Aleksander Ceferin said.

Zaatari refugee camp in Jordan is home to more than 80,000 displaced Syrian refugees.

Keywords:
UEFASyrians
Your comment has been forwarded to the administrator for approval.×
Warning! Will constitute a criminal offense, illegal, threatening, offensive, insulting and swearing, derogatory, defamatory, vulgar, pornographic, indecent, personality rights, damaging or similar nature in the nature of all kinds of financial content, legal, criminal and administrative responsibility for the content of the sender member / members are belong.
Related News