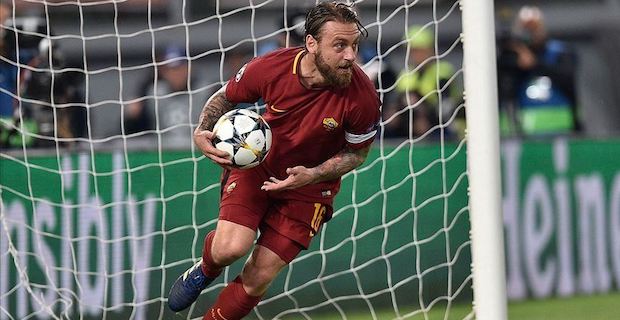 After nearly two decades on the pitch, Italian midfielder Daniele De Rossi on Monday closed out his football career. The 36-year-old player decided to end his 19-year football career to spend more time with his family, Boca Juniors, De Rossi's last club, said on their website.

He joined Argentine club Boca Juniors in July 2019 after playing 18 years for Serie A team Roma.

He also scored 63 goals in 616 appearances for Roma

Having won the 2006 FIFA World Cup in Germany with the Italian national team, De Rossi scored 21 goals in 117 games for his country.

Keywords:
FootballDaniele De Rossi
Your comment has been forwarded to the administrator for approval.×
Warning! Will constitute a criminal offense, illegal, threatening, offensive, insulting and swearing, derogatory, defamatory, vulgar, pornographic, indecent, personality rights, damaging or similar nature in the nature of all kinds of financial content, legal, criminal and administrative responsibility for the content of the sender member / members are belong.
Related News