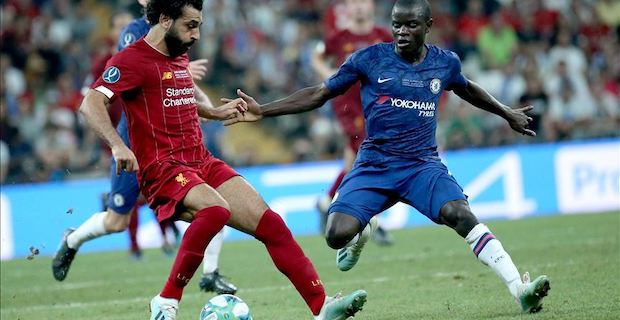 Liverpool have lost three consecutive away games in all competitions for the first time since November 2014 after Chelsea knocked the Reds out of FA Cup on Tuesday. Chelsea reached the FA Cup quarterfinals after beating Liverpool 2-0 with goals by Willian in the 13th minute and Ross Barkley in the 64th minute. English Premier League leaders Liverpool had lost just twice in 41 matches until two weeks ago in all competitions.

Since the winter break, Liverpool suffered a UEFA Champions League 1-0 defeat at Atletico Madrid in Feb. 18, a 3-0 loss at Watford on Feb. 29, and a 2-0 loss that caused FA Cup exit on Tuesday.

"No, we have to admit that in the last three games we've conceded too many goals," Liverpool coach Jurgen Klopp said after the game.

"I am not worried about momentum," he added.

Keywords:
LiverpoolChelsea
Your comment has been forwarded to the administrator for approval.×
Warning! Will constitute a criminal offense, illegal, threatening, offensive, insulting and swearing, derogatory, defamatory, vulgar, pornographic, indecent, personality rights, damaging or similar nature in the nature of all kinds of financial content, legal, criminal and administrative responsibility for the content of the sender member / members are belong.
Related News