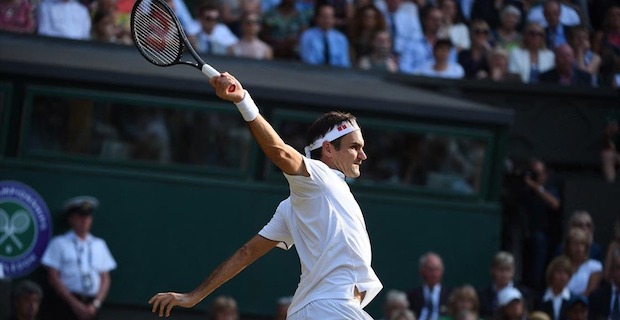 Tennis legend Roger Federer was beaten by Grigor Dimitrov 3-2 in the quarterfinal of the U.S. Open. The Swiss player was stunned by 78th-seeded Bulgarian Dimitrov with 3-6, 6-4, 3-6, 6-4, 6-2 set results on Wednesday in New York. "I tried my best. By far not too bad to give up or anything. Grigor was able to put me away. I fought with what I had. That's it. So it's okay," Federer said.

"I was just trying to stay in my game and make him stay on the court as much as possible. For sure in the end, he was not 100 percent of himself. It’s best-of-five, anything can happen," said Dimitrov, 28.

Keywords:
Roger FedererFedererGrigor DimitrovU.S. Open
Your comment has been forwarded to the administrator for approval.×
Warning! Will constitute a criminal offense, illegal, threatening, offensive, insulting and swearing, derogatory, defamatory, vulgar, pornographic, indecent, personality rights, damaging or similar nature in the nature of all kinds of financial content, legal, criminal and administrative responsibility for the content of the sender member / members are belong.
Related News