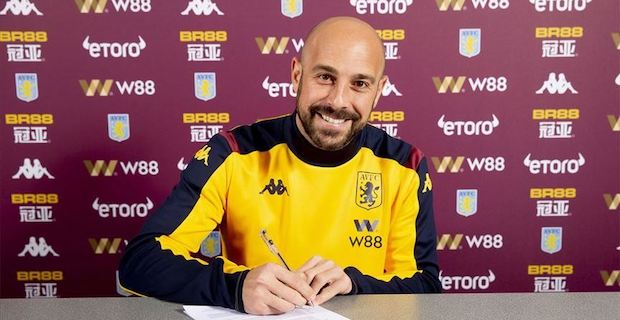 "We’ve managed to secure a player in Pepe who has a wealth of Premier League experience," said the club's manager Dean Smith.

The 37-year-old goalkeeper previously made 395 appearances for Liverpool in the Premier League between 2005 and 2013.

In addition to Liverpool, he played for Barcelona, Villarreal, Napoli, Bayern Munich and Milan throughout his career.

Keywords:
English Premier LeagueAston Villa
Your comment has been forwarded to the administrator for approval.×
Warning! Will constitute a criminal offense, illegal, threatening, offensive, insulting and swearing, derogatory, defamatory, vulgar, pornographic, indecent, personality rights, damaging or similar nature in the nature of all kinds of financial content, legal, criminal and administrative responsibility for the content of the sender member / members are belong.
Related News