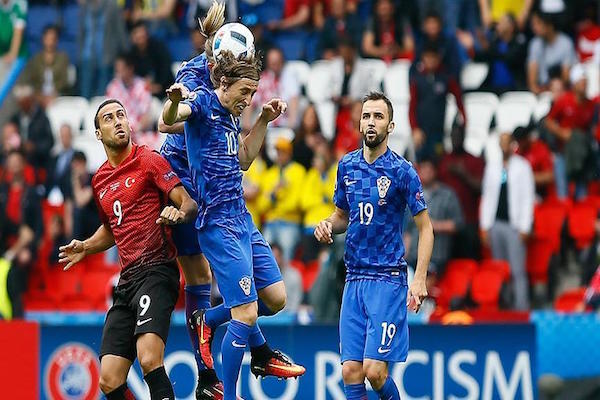 Croatia remained dangerous throughout the match, with right back and team captain Darijo Srna's free kick in 52nd minute and winger Ivan Perisic's header in 72nd minute both hitting the Turkish crossbar.

Turkey's best chance was missed by midfielder Ozan Tufan in the 29th minute when his effort was stopped by Croatian ‘keeper Danijel Subasic on the line.

Having lost against 1-0 against Croatia, Turkey looks ahead to Spain in the upcoming Group D match on June 17 in Nice.

Title contenders Spain will play their first Euro 2016 match against the Czech Republic on Monday in Toulouse.