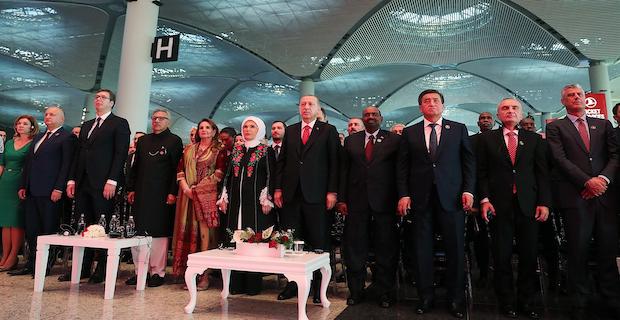 Nurmagomedov, from Russia’s northern Caucasus Republic of Dagestan, is a professional MMA. He is also the first Russian and first Muslim to win the UFC lightweight championship.

Erdogan officially opened Istanbul Airport, the “world's new hub”, on the 95th anniversary of the founding of the Turkish Republic. 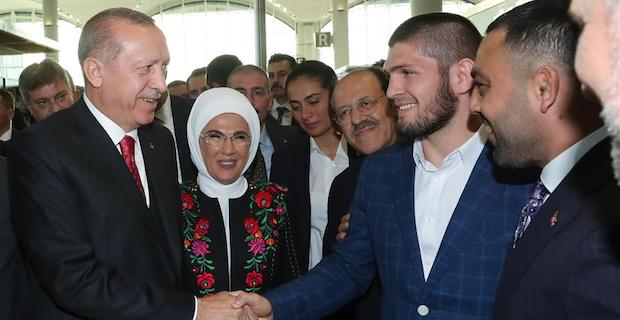 Keywords:
Turkish President Recep Tayyip ErdoganIstanbul AirportKhabib Nurmagomedov
Your comment has been forwarded to the administrator for approval.×
Warning! Will constitute a criminal offense, illegal, threatening, offensive, insulting and swearing, derogatory, defamatory, vulgar, pornographic, indecent, personality rights, damaging or similar nature in the nature of all kinds of financial content, legal, criminal and administrative responsibility for the content of the sender member / members are belong.
Related News