Emre Belozoglu back at Fenerbahce 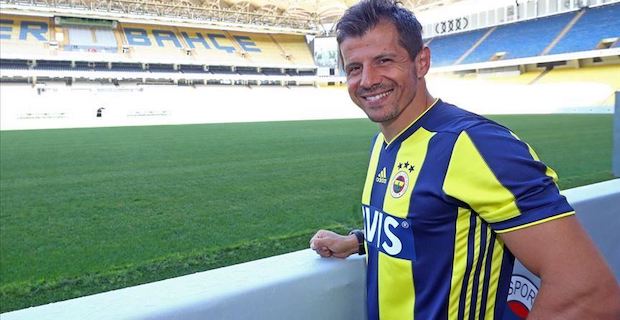 Turkish football club Fenerbahce has re-signed its former captain Emre Belozoglu, the club announced Tuesday.  The team welcomed back the Turkish midfielder on the club’s official website with photos of Emre wearing the yellow-and-navy-blue Fenerbahce jersey.  The 38-year-old midfielder played 201 games and scored 29 goals with Fenerbahce before joining Medipol Basaksehir in the summer of 2015.

During his four seasons with Medipol Basaksehir, Emre scored 15 goals and 20 assists over 128 games.

The midfielder helped Medipol Basaksehir finish the Turkish Super Lig as runners-up twice, in 2017 and 2019.

Emre also made 99 appearances and scored 9 goals with the Turkish national team.

Keywords:
FenerbahceEmre Belozoglu
Your comment has been forwarded to the administrator for approval.×
Warning! Will constitute a criminal offense, illegal, threatening, offensive, insulting and swearing, derogatory, defamatory, vulgar, pornographic, indecent, personality rights, damaging or similar nature in the nature of all kinds of financial content, legal, criminal and administrative responsibility for the content of the sender member / members are belong.
Related News