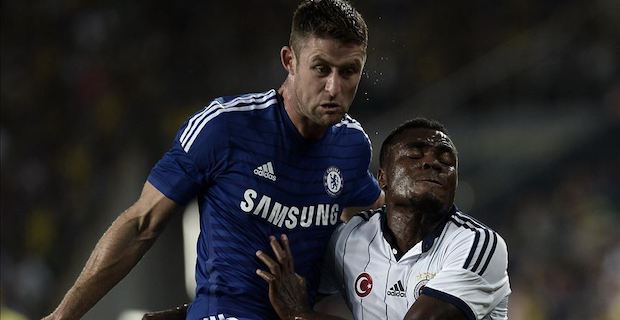 “I’m delighted that Gary has joined us. He’s a fantastic footballer who brings a wealth of international and Premier League experience. Having worked alongside Gary during my time as England manager, I know that he is going to be a valuable asset and I’m so happy to be working with him again,” Roy Hodgson, the team manager said on the club's official website.

The 33-year-old veteran defender departed Chelsea at the end of the 2018-2019 season after seven years.

He scored 27 goals and produced 11 assists in 349 appearances in the English Premier League.

During his seven-year spell in London, he won a UEFA Champions League title in 2012 and two Europe League Cups.

Before moving to Chelsea in 2012, Cahill played for Burnley, Aston Villa, Sheffield United and Bolton in England.

Keywords:
Crystal PalaceChelsea
Your comment has been forwarded to the administrator for approval.×
Warning! Will constitute a criminal offense, illegal, threatening, offensive, insulting and swearing, derogatory, defamatory, vulgar, pornographic, indecent, personality rights, damaging or similar nature in the nature of all kinds of financial content, legal, criminal and administrative responsibility for the content of the sender member / members are belong.
Related News