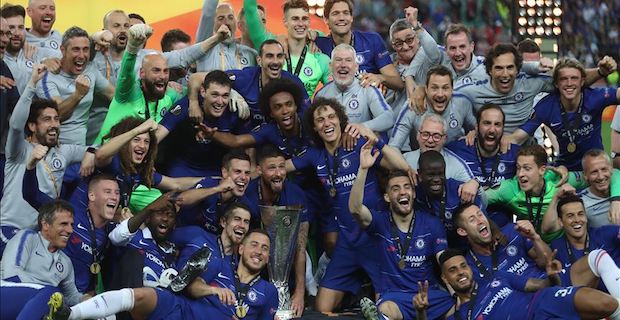 In an all-English rivalry, Chelsea won UEFA Europa League cup after beating Arsenal 4-1 in the final on Wednesday. The championship match between the two London rivals were played at the Baku Olympic Stadium in Azerbaijan. Chelsea's Olivier Giroud scored the opening goal of the match at 49th minute with a header.  Pedro took the lead to 2-0 at the 60th minute. Eden hazard’s first goal came with penalty shot at 65th minute for Chelsea and he scored the second goal at 72nd minute. Arsenal's goal came at 69th minute from Iwobi. 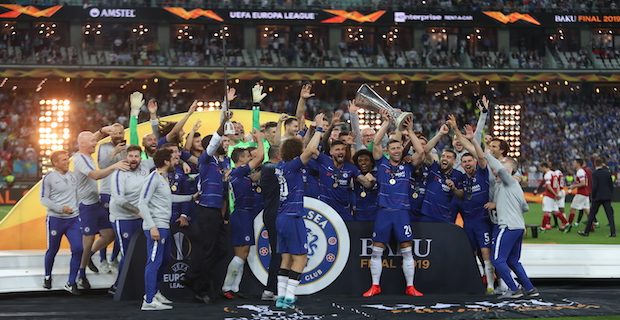 It was the second time Arsenal played and lost in the UEFA Europa League final.

Despite competing in seven finals, Arsenal hold only one UEFA cup, namely UEFA Winners' Cup in 1994.

Chelsea won 6 of 9 the UEFA finals and they won the Europa League cup for the second time in 2019 after reaching the victory in 2013.

Keywords:
UEFA Europa League CupChelseaArsenal
Your comment has been forwarded to the administrator for approval.×
Warning! Will constitute a criminal offense, illegal, threatening, offensive, insulting and swearing, derogatory, defamatory, vulgar, pornographic, indecent, personality rights, damaging or similar nature in the nature of all kinds of financial content, legal, criminal and administrative responsibility for the content of the sender member / members are belong.
Related News