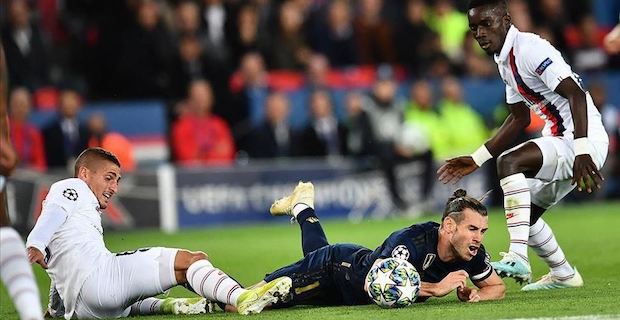 In the match played at the Parc des Princes, PSG's Argentinian forward Angel Di Maria scored the opener in the 14th minute.

Di Maria doubled his team's lead after he found the net with a powerful shot in the 33rd minute of the match.

Belgian player Thomas Meunier scored in the 91st minute as his team grabbed a comfortable win against Real Madrid.

In a Group D match, Spain's Atletico Madrid managed to grab a draw at home against Italy's Juventus after falling down 0-2 in the second half.

Wednesday night's results are as follows:

Keywords:
Champions LeagueReal MadridParis Saint-Germain
Your comment has been forwarded to the administrator for approval.×
Warning! Will constitute a criminal offense, illegal, threatening, offensive, insulting and swearing, derogatory, defamatory, vulgar, pornographic, indecent, personality rights, damaging or similar nature in the nature of all kinds of financial content, legal, criminal and administrative responsibility for the content of the sender member / members are belong.
Related News