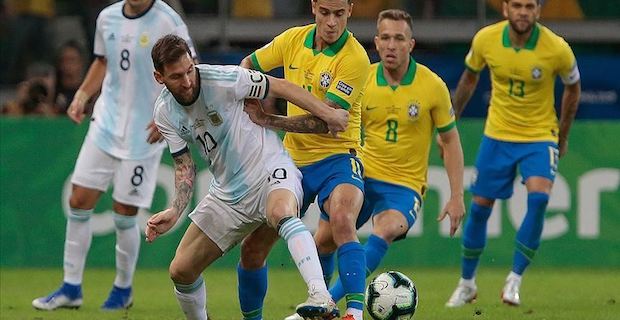 In the 71st minute, Firmino sealed the deal for his country as he comfortably finished after a great run and assist by Jesus.

Argentina was unlucky during the match as both Sergio Aguero and Messi's shots were denied by the woodwork in each half.

Brazil will meet Chile or Peru in Sunday's final in Rio de Janeiro.

Keywords:
ArgentinaBrazilCopa America Final
Your comment has been forwarded to the administrator for approval.×
Warning! Will constitute a criminal offense, illegal, threatening, offensive, insulting and swearing, derogatory, defamatory, vulgar, pornographic, indecent, personality rights, damaging or similar nature in the nature of all kinds of financial content, legal, criminal and administrative responsibility for the content of the sender member / members are belong.
Related News