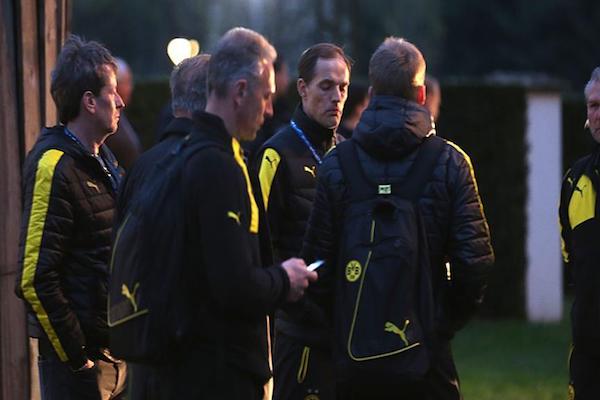 Player Marc Bartra was injured as the windows of the coach were blown in. The fixture against Monaco was postponed. The club confirmed on its Twitter account that Spanish defender Bartra was injured and taken to hospital. Police said three explosions went off as the bus was leaving a hotel for the stadium. The cause of the blasts was not immediately clear. Prosecutor Sandra Luecke told a press conference in Dortmund that they have discovered a letter at the scene of the explosions which claimed responsibility for the attack. But she declined to make any comment on the content of the letter, saying authorities were still trying to authenticate it. Dortmund police heightened security at the city as the game was rescheduled for Wednesday.