Last round of matches to be played on Thursday and Friday 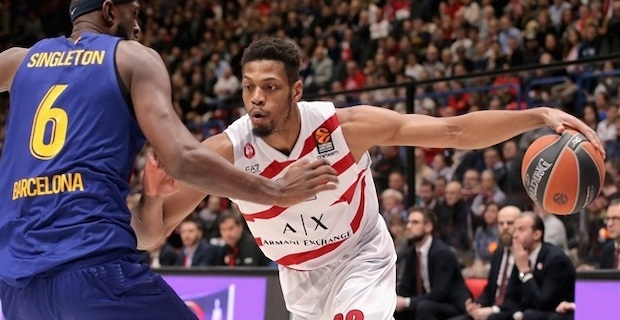 The Turkish Airlines EuroLeague regular basketball season will wrap up on Friday.

Turkey's Fenerbahce Beko, the finalists of last season, top the league and are set for the playoffs.

In the last round of matches, Baskonia, Panathinaikos, Zalgiris, AX Armani Exchange Olimpia Milan, Maccabi FOX and Olympiakos will compete to gain ticket for the playoffs.

In the playoffs, the leader Fenerbahce will face a team ranking eight at the regular season, while Anadolu Efes will play against Barcelona.

Sixteen teams are competing in the league -- four Spanish, three Turkish, two teams from Russia and Greece each, and one team each from Germany, Italy, Israel, Lithuania and Montenegro.

Turkey is represented by Anadolu Efes, Fenerbahce Beko and Darussafaka Tekfen. Two of the Turkish teams will compete in the EuroLeague playoffs.

Winners will advance to the Final Four between May 17-19 at Fernando Buesa Arena in the Spanish city of Vitoria-Gasteiz in single elimination matchups.

The matches of round 30 are as follows:

Keywords:
BasketballEuroLeague
Your comment has been forwarded to the administrator for approval.×
Warning! Will constitute a criminal offense, illegal, threatening, offensive, insulting and swearing, derogatory, defamatory, vulgar, pornographic, indecent, personality rights, damaging or similar nature in the nature of all kinds of financial content, legal, criminal and administrative responsibility for the content of the sender member / members are belong.
Related News