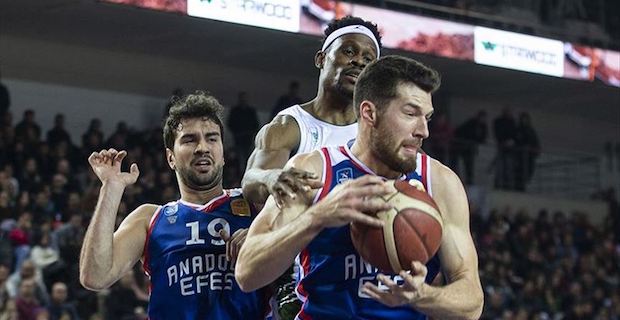 Anadolu Efes' James Anderson was the top scorer of the match with 16 points.

Pinar Karsiyaka and Fenerbahce Beko are the other title contenders with 13-3 win/loss records.

Anadolu Efes are also leading the Turkish Airlines EuroLeague -- earned their 15th win in 18 games in the regular season.

Here are the results of week 16: 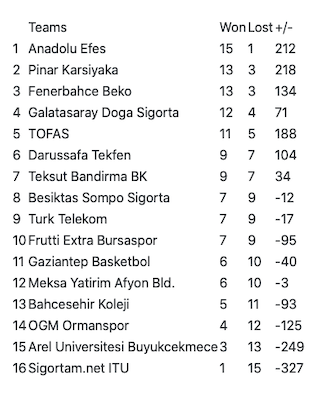 Keywords:
Anadolu EfesTurkish League
Your comment has been forwarded to the administrator for approval.×
Warning! Will constitute a criminal offense, illegal, threatening, offensive, insulting and swearing, derogatory, defamatory, vulgar, pornographic, indecent, personality rights, damaging or similar nature in the nature of all kinds of financial content, legal, criminal and administrative responsibility for the content of the sender member / members are belong.
Related News