Kader Sevinc is currently a member of the PES Presidency 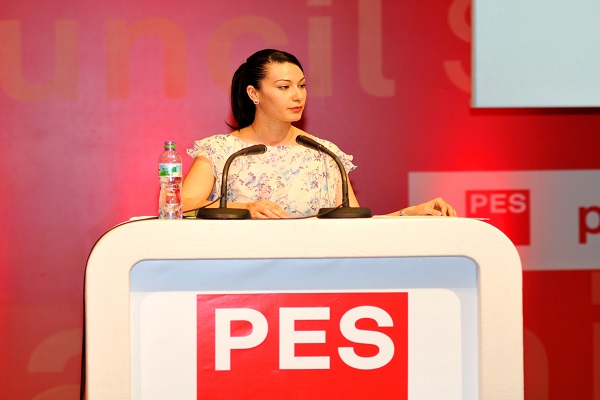 2013 Top 99 under 33 Foreign Policy Leaders. Is this “The Me, Me, Me Generation” There are many more accurate labels that Millennials should aspire to. For example, the world has already seen the influence of the “Digital Natives” in creating new technologies and platforms, through which citizens from all over the world can communicate, protest, lobby, donate, and volunteer. From Haiti to Japan to Egypt, digital natives have reshaped society by bringing ideas to life with the touch of a button. In his latest book, analyst John Zogby characterizes the Millennial generation as “the First Globals”—the first generation to truly view themselves as part of a global citizenry above the old boundaries of traditional nationalism. For these “First Globals”, the world is their oyster, and a passport their ticket to success.

Kader Sevinc is currently a member of the PES Presidency (Party of European Socialists and Democrats); the EU representative of the Turkish Republican People’s Party (CHP), a Turkish social democratic and main opposition party, in Brussels; a non-resident fellow of the SAIS (Johns Hopkins University); founder of the Brussels-based debate club, the Turkish Coffee Briefings; leader of the educational initiative, the Sinif-1B; and poet. Kader is a honors graduate from the Akdeniz University, Jean Monnet European Integration Program and holds her MA in International Relations from CERIS/ParisXI. She previously worked in the private sector and in the European Parliament

Kader Sevinc described the impact on foreign policy she made in current/past positions.

"I had the honor of establishing and operating the first official representation of a Turkish political party abroad. The office is at the center of Brussels' EU district. We have an intensive program of activities: meetings, publications, media appearances, social projects, etc. I hope that we are now considered an influential actor in Turkey's EU membership process. Beyond this, both in my previous years at the European Parliament and today as a member of the PES Presidency Council I am excited to promote the better understanding of economic and social policies shaping Europe’s future and having an impact on the positive role that Turkey can play in this perspective."

What personal contribution to foreign policy are you most proud of?

"Providing the European Union reports and policies with data and analysis on Turkey's progress, challenges, and problems in the EU accession process. Promoting the attention given to the Transatlantic Economic Partnership in the debates among Europe's socialists and democrats."

What is your vision of foreign policy in the 21st Century?

"Foreign policy is now more than ever the expression of an interaction between several global and local challenges: finance, energy, technology, climate change, social problems, electoral politics, etc. Therefore any policy labeled as "foreign" loses its primary meaning and becomes transnational and multi-dimensional. At the core of this evolving notion of foreign policy the human dimension ought to become the priority of our century".

What challenges need to be overcome to create better foreign policy? What leadership traits are needed for this?

"The challenge for the 21st century's first generations of leaders, whether they are in the politics, business, media, or the civil society, is to define new transnational set of values, a progressive sense of correctness and idealism. For me the priorities would be the freedoms, ecology, science, and fight against the poverty. In this respect, the wisdom, innovative thinking, and the talent to use the big data are important qualities of leadership."

This article Published on: