Where is Turkish Democracy Heading? Problems, Challenges, and Prospects 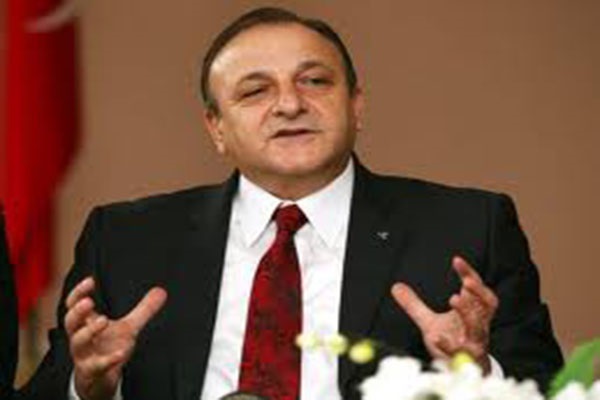 Centre for Policy and Research on Turkey (ResearchTurkey)'s featuring conference in which Dr. Oktay Vural will give a talk entitled "Where is Turkish Democracy Heading?: Problems, Challenges, and Prospects".

Dr. Oktay Vural was born in 1956 in Diyarbakır. He completed his primary and secondary education in Diyarbakır. Mr. Vural graduated from İstanbul University Law Faculty in 1979. He started his career in the State Planning Organisation in 1980. Following his research for PhD studies in Pennsylvania University between 1984 and 1985, he received his doctorate in Economics from Dokuz Eylül University in 1987. Dr. Vural worked as Director-General and Chairman of the Board of BOTAŞ (Petroleum Pipeline Corporation) from 1989 to 1991. He served as Member of State Supervisory Council in 1992 and 1993. After maintaining his bureaucratic career in some other state institutions, Dr. Vural was elected as a Deputy of Nationalist Movement Party (MHP) from İzmir at 18 April 1999 Elections. He was appointed as the Minister of Transportation on 1st of August 2001 and left his post one year later on 5th of August 2001, due to early elections of 3 November 2002. Dr. Vural has been re-elected as İzmir Deputy of MHP on 22 July 2007 and 12 June 2011 Elections. He has undertaken several roles at the Parliament such as Chairmanship of the Parliamentary Commissions for Industry, Energy, Information and Technology as well as NATO Parliamentary Assembly membership and Committee for East-West Economies' Co-Operation. Dr. Oktay Vural currently serves as the Group Deputy Chairman of MHP.

This event is free and open to public but it is a ticketed event that requires pre-registration. Please register and reserve a ticket at the link below

http://rt-conference-oktayvural-kingscollege.eventbrite.co.uk or RSVP to events@researchturkey.org. A ticket does not guarantee a seat.

Title: "Where is Turkish Democracy Heading?: Problems, Challenges, and Prospects"