During 2 months of negotiations, important progress has been made, says opposition leader Claudio Fermi 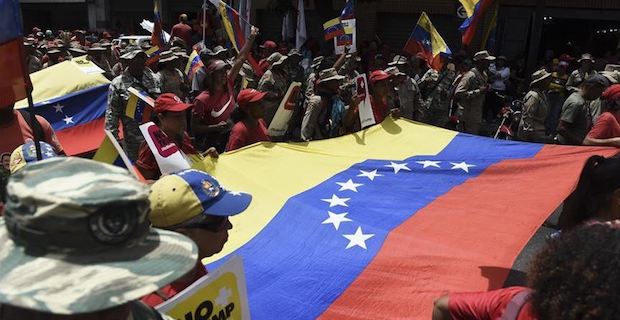 Delegations of Venezuelan government and opposition agreed on three points that focus on economic and political matters at the National Table established for dialogue. President Nicolas Maduro also participated in the meeting held at Miraflores Palace on Monday, according to the Caracas-based TV channel TeleSur.

Claudio Fermin, leader of Solutions for Venezuela Party, said after the meeting that during two months of negotiations they have made important progress and "Venezuelans already see a way to start designating a new National Electoral Council", in the face of the 2020 parliamentary elections.

The meeting came a day after the opposition leader Juan Guaido said the negotiation process with the Maduro government was "dead three months ago".

1. Establishment of an electoral board guaranteed for the 2020 parliamentary elections, which includes a new National Electoral Council.

2. Actualization of the exchange of oil for medicine and food and eliminate taxes on a large number of items, which will lower the price and make it affordable for everyone.

Early September, the Maduro government and five opposition party leaders announced they agreed on starting a new dialogue process to tackle the problems facing the OPEC (Organization of the Petroleum Exporting Countries) nation, as crude oil is country's main export.

The Mesa Nacional -- or National Table -- process was established to focus on future elections, prisoner release and unified opposition to the U.S. blockade.

Since the beginning of the year, Venezuela has been embroiled in political unrest as Maduro and Guaido engaged in a power battle, while the country's economy has been in precipitous decline following a global downturn in the price of crude oil.

Keywords:
VenezuelaClaudio Fermi
Your comment has been forwarded to the administrator for approval.×
Warning! Will constitute a criminal offense, illegal, threatening, offensive, insulting and swearing, derogatory, defamatory, vulgar, pornographic, indecent, personality rights, damaging or similar nature in the nature of all kinds of financial content, legal, criminal and administrative responsibility for the content of the sender member / members are belong.
Related News