US sanctions hurting its own reputation: Turkish FM

If US wants to continue as reputable country, it cannot do so with these impositions, says Foreign Minister Mevlut Cavusoglu 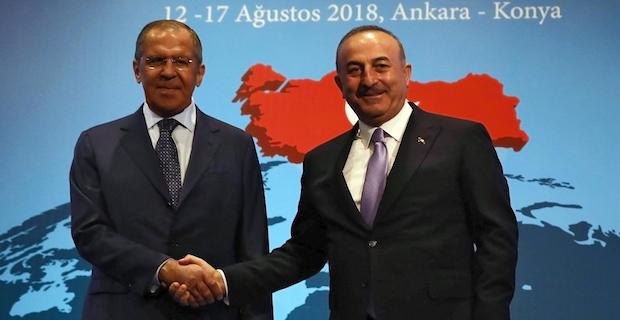 Sanctions imposed by the U.S. on Turkey are shattering the U.S.’ reputation, warned Turkey’s Foreign Minister Cavusoglu on Tuesday. “The era of bullying must end,” Mevlut Cavusoglu said during a joint press conference with his Russian counterpart Sergey Lavrov at the 10th Ambassadors’ Conference in the capital Ankara."If the U.S. wants to continue being a reputable country, it cannot do so with these impositions," he said, referring to the sanctions."We are against the U.S. or any country imposing sanctions," he added.

For his part, Lavrov said that the U.S.’ "unlawful and illegitimate" sanctions policy cannot last for long.

President Donald Trump on Friday ramped up his attack on Turkey by doubling U.S. tariffs on Turkish aluminum and steel imports.

The five-day ambassadors’ conference is hosting 249 Turkish ambassadors and two charge d'affaires, as well as a number of foreign diplomats.

Keywords:
Turkish FMMevlut CavusogluSergey LavrovRussian FMPresident Donald Trump
Your comment has been forwarded to the administrator for approval.×
Warning! Will constitute a criminal offense, illegal, threatening, offensive, insulting and swearing, derogatory, defamatory, vulgar, pornographic, indecent, personality rights, damaging or similar nature in the nature of all kinds of financial content, legal, criminal and administrative responsibility for the content of the sender member / members are belong.
Related News