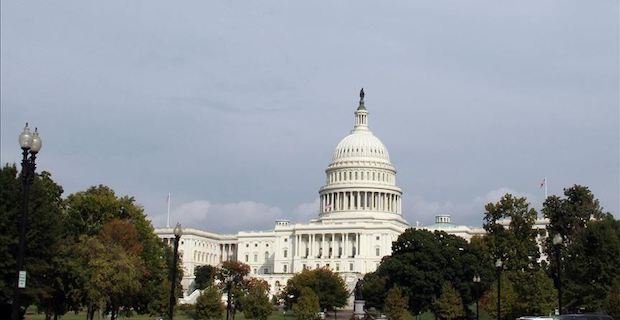 The chairman and top-Republican on the House Foreign Affairs Committee introduced Monday a bipartisan resolution calling for sanctions on the Russian government over alleged rights abuses.

The bill calls on Moscow to immediately release political prisoners, condemns the practice of imprisoning political opponents, and urges the Trump administration to hit Russian government officials deemed to be responsible with sanctions.

“Vladimir Putin is a cruel authoritarian with a long track record of silencing civil liberties, including freedom of the press, freedom of speech, political opposition, and democracy. We need only to look at the violent killing of Putin-critic Boris Nemtsov to see how Putin brutally suppresses those who speak out against him,” Chairman Eliot Engel said in a statement.

Nemtsov, a staunch critic of Russian President Vladimir Putin, was gunned down while crossing a bridge in Moscow in 2015, fatally shot three times in the back. The person or persons that ordered the killing have not been identified.

Michael McCaul, the committee's ranking member, said "the one thing that Vladimir Putin fears the most is the truth."

"If Vladimir Putin had real confidence in his ability to govern, he would encourage an independent press, welcome public demonstrations, and champion free and fair elections. Sadly, his regime is too busy trying to hide its many failures," he said.

Keywords:
Vladimir PutinRussiaUSSanctionsEliot Engel
Your comment has been forwarded to the administrator for approval.×
Warning! Will constitute a criminal offense, illegal, threatening, offensive, insulting and swearing, derogatory, defamatory, vulgar, pornographic, indecent, personality rights, damaging or similar nature in the nature of all kinds of financial content, legal, criminal and administrative responsibility for the content of the sender member / members are belong.
Related News