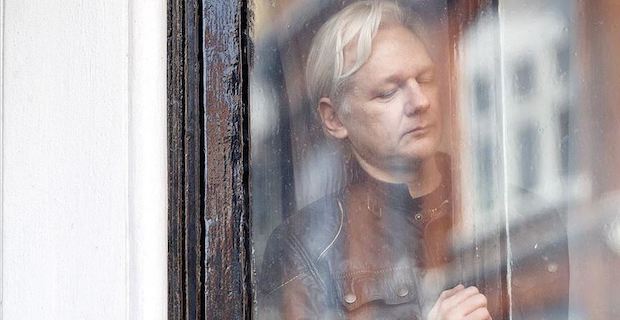 The U.S. on Thursday indicted Wikileaks founder Julian Assange on charges stemming from his release of troves of secret U.S. government documents.

Washington is seeking his extradition from the U.K. where he had been holed up in the Ecuadorian embassy for nearly seven years.

Assange, 47, was arrested earlier in the day by London police after staying in the diplomatic facility following his claim for diplomatic asylum in June 2012 while trying to fight Swedish prosecutors on alleged sexual charges.

Sweden has since dropped the charges, but Assange remained at the embassy fearing extradition to the U.S. on charges related to WikiLeaks’ release of sensitive U.S. government files. U.K. authorities had said he would be arrested if he ever left the embassy because he skipped bail. 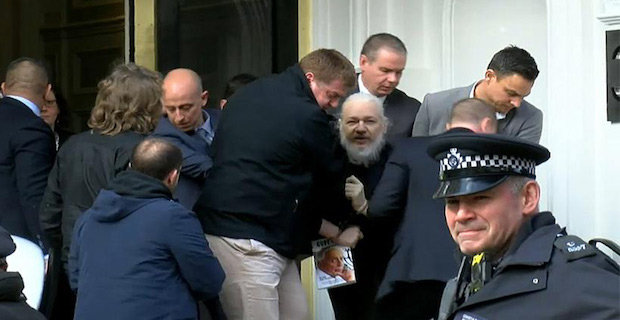 Last week, WikiLeaks claimed “a high level source within the Ecuadorian state has told WikiLeaks that Julian Assange will be expelled within ‘hours to days’ using the INAPapers offshore scandal as a pretext -- and that it already has an agreement with the U.K. for his arrest,” referring to documents allegedly implicating corruption by Ecuador’s president.

He has been indicted on one count of computer hacking, which carries a maximum penalty of five years in prison if he is convicted in U.S. court.

Barry Pollack, Assange's U.S. attorney, said in a statement released by Wikileaks it is "bitterly disappointing" that the Ecuadorian government "would allow someone to whom it has extended citizenship and asylum to be arrested in its embassy."

"The UK courts will need to resolve what appears to be an unprecedented effort by the United States seeking to extradite a foreign journalist to face criminal charges for publishing truthful information," Pollack said.

Assange has styled himself as a journalist, and argued his anti-secrecy website is a publisher.