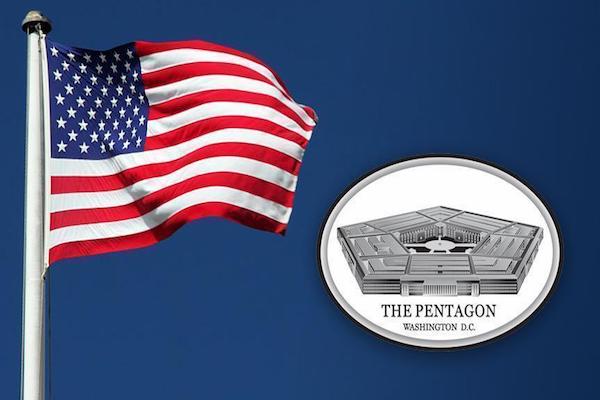 It was the first combat use of the GBU-43, dubbed the “mother of all bombs”, agency spokesman Adam Stump told Anadolu Agency. The more than 21,000-pound Massive Ordnance Air Blast Bomb contains 11 tons of explosives and was dropped at 7.32 p.m. local time (1502GMT) by an MC-130 military aircraft on a tunnel complex in the Achin district of Nangarhar province. The White House said the complex of tunnels and caves made it easier for Daesh to target U.S. military advisers and Afghan forces. "The United States takes the fight against ISIS very seriously and in order to defeat the group we must deny them operational space, which we did," spokesman Sean Spicer said.

At the Pentagon, Stump said: “The strike was designed to minimize the risk to Afghan and U.S. Forces conducting clearing operations in the area while maximizing the destruction of ISIS-K fighters and facilities.”  ISIS-K stands for the Khorasan branch of the Islamic State of Iraq and Syria, another name for Daesh terror group. The U.S. “took every precaution” to avoid civilian casualties, Stump said. The bomb was developed in just nine weeks in 2003 for use during the Iraq war and was tested twice at an airbase in Florida. It reportedly produced a 10,000-foot (3,000-meter) high plume of smoke that was visible 40 miles (64 kilometers) away. The U.S. bomb was reportedly followed by the “father of all bombs” developed by Russia, which claims its explosive is four times more powerful.