Chuck Hagel offered a positive assessment of Ankara’s relations with Washington while speaking to the press at the Turkish Residence Thursday. 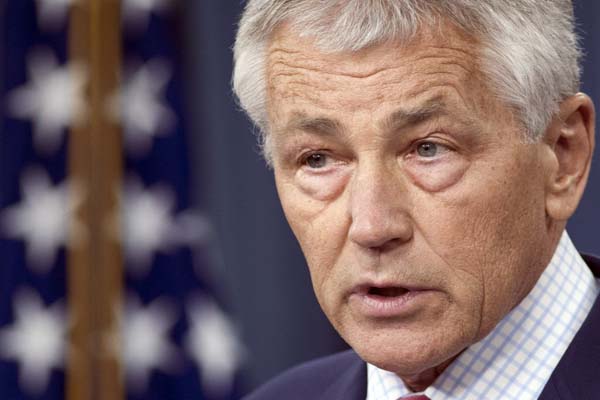 “Turkey is a close friend and ally of the United States, a strong and important member of NATO, and we’ll continue to work with Turkey on our mutual security interests. Each nation always has its own decision-making process, and we very much value Turkey as a friend, as a partner, as an ally, and especially a NATO ally,” said the American Defense Secretary. His comments follow a recent declaration by Turkey that it would co-produce the FD-2000 missile defense system with the US-sanctioned Chinese company, China Precision Machinery Import and Export Corp (CPMIEC). The firm is under sanctions for alleged violations of the Iran, North Korea and Syria Nonproliferation Act. US officials have voiced their concern over the deal. The Turkish government has said that no decision is final, however.

Asked whether he was concerned over the potential lack of interoperability between the FD-2000 and Raytheon Co.’s Patriot Missile System, which is currently stationed in Turkey, he said, “We’re working with our allies, and we’re working with the government of Turkey on all the issues.”

Hagel was at the Turkish Residence as part of the International Student House’s (ISH) Sponsor Appreciation Dinner. Hagel’s wife, Lilibet, serves on ISH’s Board of Directors.

“Cooperation with Turkey is always good. It’s strong, and we’re very pleased with the progress that the international community is making in Syria with the chemical weapons, strong United Nations Security Council mandate. All nations in the area are working together on this. Turkey is a very important part of all that so we appreciate Turkey’s involvement and leadership.”