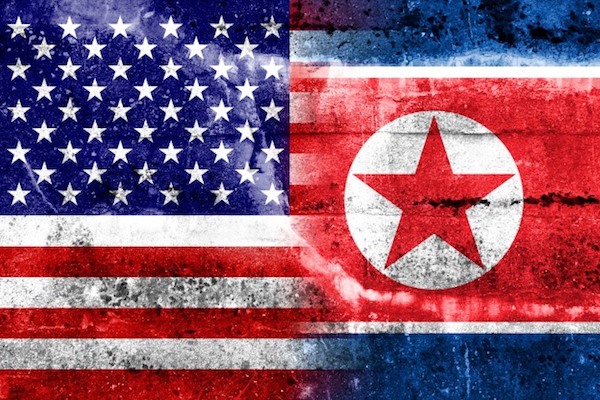 Pyongyang on Thursday announced it was finalising a plan to fire four missiles near the US territory of Guam. Earlier, President Donald Trump said North Korea should be "very, very nervous" if it acted against the US. He said the regime would be in trouble "like few nations have ever been" if they do not "get their act together". Tensions have escalated rapidly in recent weeks after North Korea tested two intercontinental ballistic missiles in July. It was further angered by a subsequent UN decision to increase economic sanctions against it. North Korea has said it will finalise a plan in days to fire medium-to-long-range rockets towards Guam, the small Pacific island where US strategic bombers are based, along with more than 160,000 US citizens. There has been no indication that any attack on the Pacific island is imminent. Mr Mattis, speaking in California late on Thursday, said it was his job as defence secretary to be ready for conflict. But he said the diplomatic effort, under Secretary of State Rex Tillerson and UN Ambassador Nikki Haley, "has diplomatic traction, it is gaining diplomatic results". He did not provide any further details on what diplomatic efforts were under way. However, the UN Security Council agreed fresh sanctions against North Korea on Saturday.