US and Turkey work closely on intelligence

Jen Psaki said Turks were a close ally and they worked with them on a range of issues. 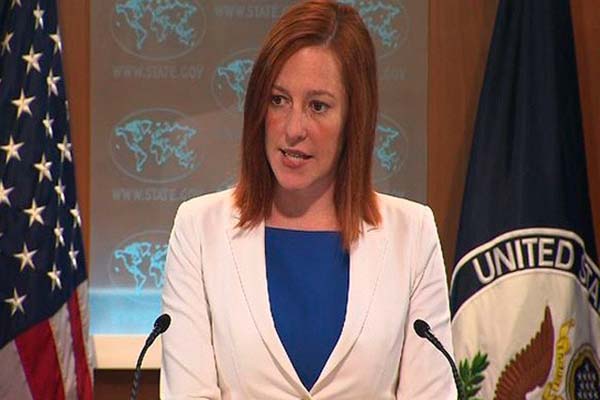 US State Department Spokesperson Jen Psaki Thursday said that the US and Turkey continued to work closely on intelligence activities while declining to comment on a recent report that Ankara thwarted Israeli intelligence efforts in 2012. David Ignatius of the Washington Post published an op-ed Thursday in which he alleged the Turkish government’s outing of as many as ten Iranians working with Mossad, the Israeli intelligence agency, to Iran.

Asked to comment on whether or not Ankara was impeding either Washington or Tel Aviv’s intelligence gathering efforts, Psaki said, “I'm not going to speak to this. We work with the Turks. They're a close ally. We work with them on a range of issues.”

Ignatius’ charges come at a sensitive time as Israel and Turkey continue to mend fences following the 2010 Israeli raid on a Turkish flotilla bound for Israeli-blockaded Gaza, which resulted in the death of eight Turkish nationals and one Turkish-American.

Relations had become particularly thorny following the incident, but were largely seen to be recovering following a March 2013 call from Israeli Premier Binyamin Netanyahu to Turkish Prime Minister Recep Tayyip Erdogan in which Netanyahu apologized for the incident.

Psaki decribed the call as a “breakthrough”, saying, “Well, as you know at the time, that was a significant breakthrough in their relationship. We knew it would take some time. You know, our hope is, of course, that they continue to move towards normalizing relations.”

Despite the breakthrough, Psaki declined to evaluate developments between the two nations.

She added, “We continue to work with both sides, continue to press them to take steps, and we remain focused on that. I don't think we need to evaluate it or give it a grade just a couple of months after that.”