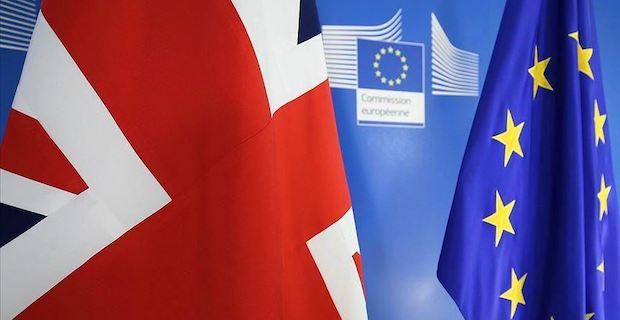 "The aim of the meeting was to take stock of the ongoing technical talks between the EU and the UK and to discuss the next steps," European Commission said in a statement.

Juncker underlined that it was the U.K.'s responsibility to come forward with legally operational solutions compatible with the withdrawal agreement.

He also noted the commission's continued "willingness and openness" to examine whether such proposals meet the objectives of the Irish backstop. "Such proposals have not yet been made," the statement read.

A Downing Street spokesperson said Johnson and Juncker had a "constructive" meeting. 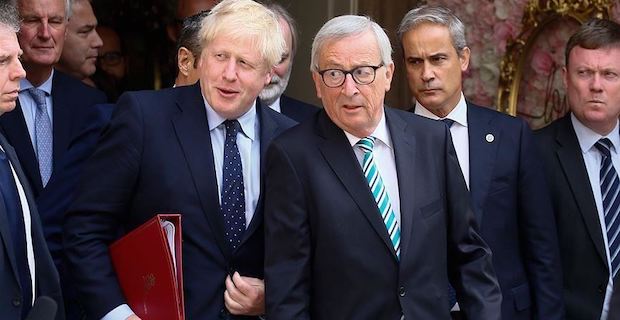 "The leaders took stock of the ongoing talks between the UK’s team and Taskforce 50. The Prime Minister reconfirmed his commitment to the Good Friday/Belfast Agreement and his determination to reach a deal with the backstop removed, that UK parliamentarians could support," a spokesperson said in a statement.

Skipping a press conference, which was planned after his meeting with Luxembourg's Prime Minister Xavier Bettel, due to an ongoing protest, Johnson told reporters that he was ready to start intense work on a possible deal.

"Over the last couple of weeks there’s been a lot of work, papers have been shared but we are now in the stage where we have to start really accelerating the work," he said.

"That was the agreement today."

Johnson said: "Yes, we’ve got a good chance of a deal. Yes, I can see the shape of it. Everybody could see roughly what could be done."

Xavier Bettel on the other hand still went on with the press conference following his meeting with Johnson and said the EU needs to see new proposals on a possible deal from the U.K. government.

He said the EU needs firm proposals and it will not grant another extension to the U.K. just for the sake of it.

Speaking to reporters also on Monday, French EU Minister Amelie De Montchalin said the EU is ready to negotiate new proposals from the U.K. on Brexit.

De Montchalin added that this new proposal will have to comply with the 1998 Belfast (Good Friday) Agreement and the norms of the common market.

Belgian Foreign Minister Didier Reynders also said that there are a lot of discussions ongoing in London.

"We will expect a new proposal from Britain," he said.

Echoing other ministers, EU Minister of Finland Tytti Tuppurainen said the EU is always ready to discuss if they receive a proposal from the U.K.

'UK would not request extension from EU'

Reiterating that he would not request an extension to reach a deal, Johnson said he would take the U.K. out of the EU on Oct. 31, according to the government statement.

Johnson’s meeting with the EU leaders came a day before the U.K.’s Supreme Court will being reviewing a ruling last week from a Scottish court, which said the prime minister’s suspension of parliament was "unlawful".

The prime minister has been criticized for proroguing parliament for the past five weeks, often accused by the opposition of running down the clock for a no-deal Brexit.

However, Johnson has insisted that the five-week suspension was needed for a Queen’s speech to draft government plans for domestic agenda.

The House of Commons passed a bill blocking a no-deal exit and forcing the premier to request an extension from the EU for a third time if a deal can not be struck by Oct. 19.

However, Johnson said he would not ask for a new extension to the current deadline of Oct. 31 and that the U.K would leave on that date.

Keywords:
Boris JohnsonBrexitUK PremierEuropean Commission President
Your comment has been forwarded to the administrator for approval.×
Warning! Will constitute a criminal offense, illegal, threatening, offensive, insulting and swearing, derogatory, defamatory, vulgar, pornographic, indecent, personality rights, damaging or similar nature in the nature of all kinds of financial content, legal, criminal and administrative responsibility for the content of the sender member / members are belong.
Related News