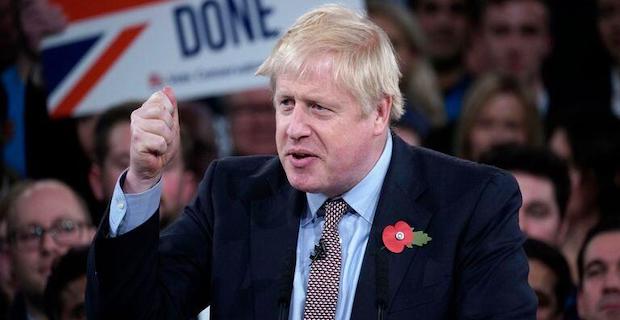 “The public interest and the imperative is and has always been clear: lift your sanction on publishing this report and re-establish the [parliament’s] Intelligence and Security Committee so that it can be immediately published,” Ian Blackford, head of the Scottish National Party (SNP) delegation for Westminster, said in a letter to Johnson.

The Russia report was compiled by the committee during the last parliament. Johnson must give final clearance to ensure that no classified intelligence is included, but he said he did not have enough time to clear the report before the Dec. 12 general election. This was a controversial decision and hot election topic. It was also criticized by the then-chairman of the committee Dominic Grieve, a former Conservative MP.

When parliament is dissolved for elections, so are the internal committees. These committees must be restarted with members of parliament following an election in order to continue work. In this case, the Intelligence and Security Committee must restart in order to release the report.

Johnson pledged to publish the report after the election. His Conservative Party won a majority, while the SNP emerged as the third largest party in parliament.

“Members of the committee saw evidence of Russian infiltration in Conservative political circles, but it is unclear how much of that concern reached the final document,” the liberal-left Guardian newspaper reported

Blackford said that “Russian interference in elections is widespread and well documented. The evidence that Russia poses a direct threat to the functioning and operability of democracy among our allies in the EU and beyond is overwhelming.”

“If this report, as you have recently claimed, shows that Russia has never interfered in any democratic event in the U.K., then it is inexplicable that you chose not to restore public trust and publish this report before the 2019 general election,” he added.

Johnson and Russian President Vladimir Putin met on the sidelines of an international conference on Libya in the German capital Berlin on Sunday.

The British prime minister ruled out any normalization of ties until the U.K. was satisfied that there had been a genuine change in Russian behavior.

“He was clear there had been no change in the U.K.’s position on Salisbury, which was a reckless use of chemical weapons and a brazen attempt to murder innocent people on U.K. soil. He said that such an attack must not be repeated,” said a British government spokesperson.

In March 2018, former Russian spy Sergei Skripal and his daughter were poisoned in the southern city of Salisbury in the U.K. with a chemical nerve agent. Both eventually recovered and were discharged from the hospital and have since gone into hiding. London blamed Moscow for the chemical attack which had triggered global condemnation.

“The prime minister said there will be no normalization of our bilateral relationship until Russia ends the destabilizing activity that threatens the U.K. and our allies and undermines the safety of our citizens and our collective security,” the spokesperson added.

Keywords:
UK ParliamentRussia Report
Your comment has been forwarded to the administrator for approval.×
Warning! Will constitute a criminal offense, illegal, threatening, offensive, insulting and swearing, derogatory, defamatory, vulgar, pornographic, indecent, personality rights, damaging or similar nature in the nature of all kinds of financial content, legal, criminal and administrative responsibility for the content of the sender member / members are belong.
Related News