DOLLAR 7.4448
EURO 9.0064
GOLD 438.863
BIST 1524
Mesut Ozil to leave Arsenal and join Fenerbahce on free transfer, Avrupa...
Film industry comes to Meridian Water, this is incredibly exciting news...
Believing that a federation model in Cyprus would be a sustainable solution...
Altın Gün, Yüce Dağ Başında New single, video out now on Glitterbeat...
Mesut Ozil will only move to Turkey for Fenerbahce
WHO team touches down in China for COVID-19 probe
Trump becomes first US president to be impeached twice
Transformation of Old Street roundabout moves to next stage as road changes...
ANNUAL INVESTMENT ALLOWANCE REMAINS AT £1M UNTIL 2022
Tatar, If there will be future official negotiations, these will be based... 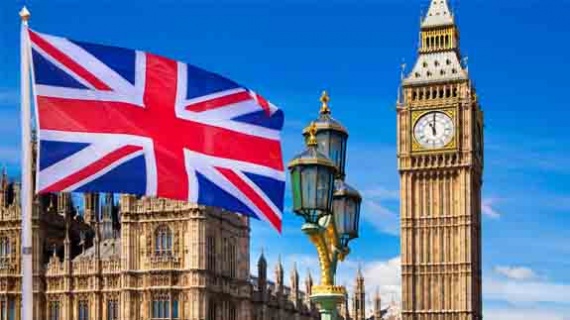 British lawmakers Tuesday evening defeated a House of Lords amendment to include a meaningful vote in parliament on a final Brexit deal.

The amendment to the EU Withdrawal Bill, which sought to enable parliament to take over the negotiations with the EU if MPs voted against the final Brexit deal -- due this fall – was rejected 324-298.

Prime Minister Theresa May avoided a defeat with the rejection of the Lords’ amendment, where rebelling Conservative MPs acted alongside her government after concessions made by her.

May reportedly gave personal assurance to insert some of the amendment, which was originally submitted by Conservative MP Dominic Grieve, into the EU Withdrawal Bill before it is sent back to the House of Lords.

The stickiest points to a final deal are the future status of the border between Northern Ireland and the Republic of Ireland and trade between Britain and the bloc.

Earlier on Tuesday, the House of Commons voted on other House of Lords amendments, which were all also rejected.

Keywords:
EUUK GovernmentTheresa May
Your comment has been forwarded to the administrator for approval.×
Warning! Will constitute a criminal offense, illegal, threatening, offensive, insulting and swearing, derogatory, defamatory, vulgar, pornographic, indecent, personality rights, damaging or similar nature in the nature of all kinds of financial content, legal, criminal and administrative responsibility for the content of the sender member / members are belong.
Related News