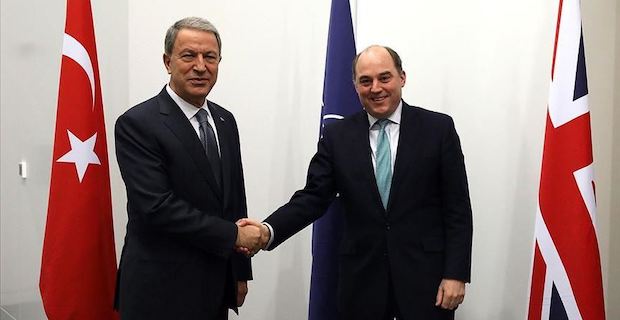 Idlib, near Turkey's southern border, falls within a de-escalation zone laid out in a deal between Turkey and Russia in late 2018.

The Syrian regime and its allies, however, have consistently broken the terms of the ceasefire, launching frequent attacks inside the territory, where acts of aggression are expressly prohibited.

The de-escalation zone is currently home to about four million civilians, including hundreds of thousands displaced in recent years by regime forces throughout the war-torn country.

Turkey has called for an immediate halt to the attacks on Idlib and for the ceasefire to be followed, inviting the international community to take action.

Keywords:
SyriaTurkeyIdlibUK
Your comment has been forwarded to the administrator for approval.×
Warning! Will constitute a criminal offense, illegal, threatening, offensive, insulting and swearing, derogatory, defamatory, vulgar, pornographic, indecent, personality rights, damaging or similar nature in the nature of all kinds of financial content, legal, criminal and administrative responsibility for the content of the sender member / members are belong.
Related News