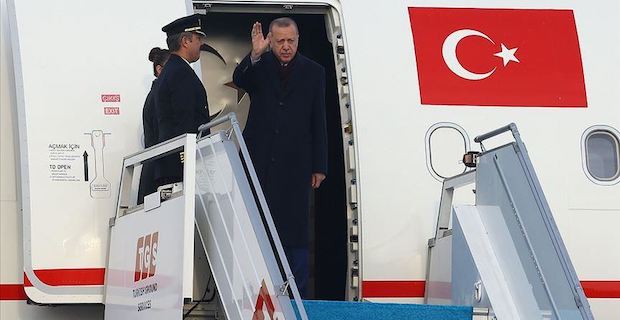 Turkish President Recep Tayyip Erdogan will embark Tuesday on a visit to U.K., where he will attend a NATO leaders meeting marking the 70th anniversary of the organization. At the summit, Recep Tayyip Erdogan will meet and hold bilateral meetings with a number of world leaders and join the leaders summit of four NATO countries, the U.K., France and Germany and Turkey, the presidency said in a written statement.

A two-day meeting of NATO heads of state and government will begin Tuesday in London, where leaders are set to reaffirm the importance of Euro-Atlantic harmony by acting in unity and solidarity against all threats, including terrorism.

Following the meeting, they are expected to approve a document, the London Declaration.

The summit will focus on regional developments, particularly in Syria and Libya.

Keywords:
Recep Tayyip ErdoganTurkish PresidentNATO Summit
Your comment has been forwarded to the administrator for approval.×
Warning! Will constitute a criminal offense, illegal, threatening, offensive, insulting and swearing, derogatory, defamatory, vulgar, pornographic, indecent, personality rights, damaging or similar nature in the nature of all kinds of financial content, legal, criminal and administrative responsibility for the content of the sender member / members are belong.
Related News