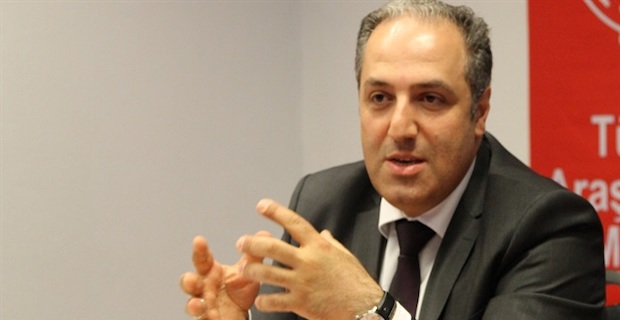 A senior lawmaker of Turkey's ruling Justice and Development (AK) Party said on Tuesday that racism was one of the most important issues in Germany. Speaking to Anadolu Agency, Mustafa Yeneroglu marked the 26th anniversary of a racist arson attack in the German town of Solingen, which resulted in the killing of a five-member Turkish family in 1993. Yeneroglu, a member of the Parliamentary Assembly of the Council of Europe, said the attack was a milestone that showed the dangers of racism. He added that the fight against increasing racism should have begun at that time in the country.

A Turkish immigrant home in Solingen was set ablaze in 1993 by four young far-right extremists aged between 16 and 23, amid growing resentment against foreigners in the country, after the unification of East and West Germany in 1990.

"Racism is today one of the most important issues in Germany," Yeneroglu said, stressing that it had gained strength to surpass the 1990s.

He stressed: "If corporate racism had been fought after the lessons of the Solingen and Moelln disasters, NSU [National Socialist Underground] murders could have been prevented."

On Nov. 23, 1992, Turkish citizens Bahide Arslan and her two granddaughters Yeliz Arslan and Ayse Yilmaz died after firebombs were thrown into their home by neo-Nazis in the German town of Moelln. Nine others were injured in the attack, which sparked fears among the Turkish immigrant community.

The neo-Nazi terror group National Socialist Underground (NSU) killed eight Turkish immigrants, a Greek citizen and a German police officer between 2000 and 2007, though the murders had long remained unresolved.

After a five-year trial, a Munich court in July 2018 handed a life sentence to main suspect Beate Zschaepe, and gave lighter sentences to four other neo-Nazis, but families of the victims expressed disappointment with the verdict and said the trial had left many key questions unanswered.

Yeneroglu said Germany's most important reality was that it was a country of migrants, noting that one of every four people was of migrant descent in the country.

"The legislative, executive and judicial practices, which support this social reality and constitutional pluralism, will shape the future of the country," said Yeneroglu.

He also said that fighting with racism, Islamophobia and antisemitism will also provide protection of the pluralist social order in Germany.

Germany has a 3 million-strong Turkish community, many of whom are second- and third-generation German-born citizens whose Turkish grandparents moved to the country as "guest workers" during the 1960s.

Keywords:
RacismMustafa Yeneroglu
Your comment has been forwarded to the administrator for approval.×
Warning! Will constitute a criminal offense, illegal, threatening, offensive, insulting and swearing, derogatory, defamatory, vulgar, pornographic, indecent, personality rights, damaging or similar nature in the nature of all kinds of financial content, legal, criminal and administrative responsibility for the content of the sender member / members are belong.
Related News