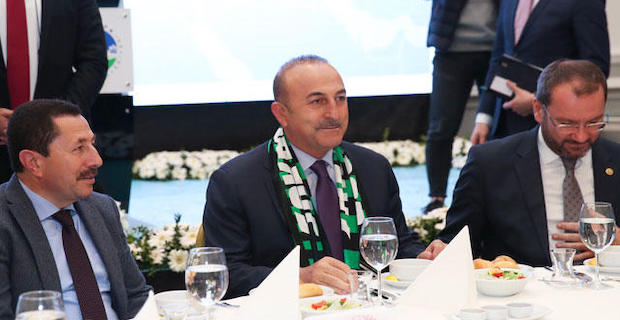 "The migration agreement that we signed with the EU on March 18, 2016 has been successfully implemented so far," Cavusoglu said at Kartepe Summit in the northwestern province of Kocaeli.

Cavusoglu also called on the EU to be "more resolute" to fulfill the needs of Syrians in Turkey.

In March 2016, EU and Turkey reached an agreement to stop irregular migration through the Aegean Sea, and improve the conditions of more than 3 million Syrian refugees in Turkey.

Turkey hosts 3.5 million Syrian refugees, more than any other country in the world. The country has spent more than $32 billion from its own national resources for helping and sheltering refugees since the beginning of the Syrian civil war.

Keywords:
Turkish FMEUMigrationMevlut Cavusoglu
Your comment has been forwarded to the administrator for approval.×
Warning! Will constitute a criminal offense, illegal, threatening, offensive, insulting and swearing, derogatory, defamatory, vulgar, pornographic, indecent, personality rights, damaging or similar nature in the nature of all kinds of financial content, legal, criminal and administrative responsibility for the content of the sender member / members are belong.
Related News