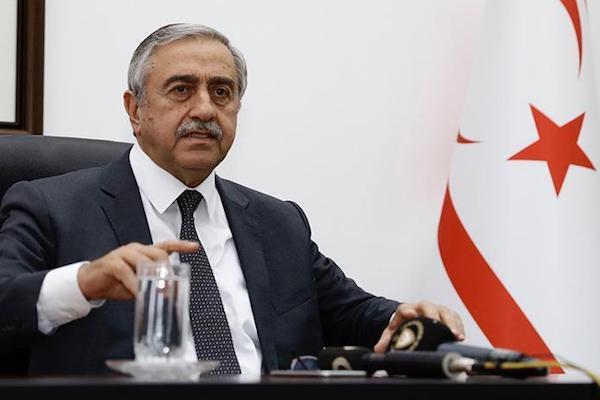 “[The Greek Cypriot side] has proposed the final result that they wanted to see on territory at the first meeting and created this deadlock by insisting on this mistake,” Akinci told reporters early Wednesday at Ercan Airport.

He said Greek Cypriots took their position on territory even before agreeing on a rotating presidency and active participation on resolutions -- crucial topics for Turkish Cypriots.

“I tried to explain to them that we cannot accept efforts to bring Turkish Cypriots to a point where we cannot negotiate,” he added.

As many Greek and Turkish Cypriots were displaced when the island was first divided 42 years ago, a possible agreement would mean redrawing existing boundaries and potentially moving thousands of residents from their homes.

Akinci said the Turkish Cypriot Parliament would have an extraordinary meeting Thursday to discuss the latest developments.

“We will continue our well-intentioned efforts and aim. However, I would like to underline that the Greek Cypriot side’s attitude is very important,” he said.

“We are not going to flee from the negotiation,” he said, adding that The Turkish Cypriot side would not be the reason for failing to reach a solution.

Reunification discussions resumed in May 2015, and both sides have repeatedly expressed optimism that a solution can be found by the end of the year.