Turkish Constitutional Referendum: All you need to know by CHP European Union Representation 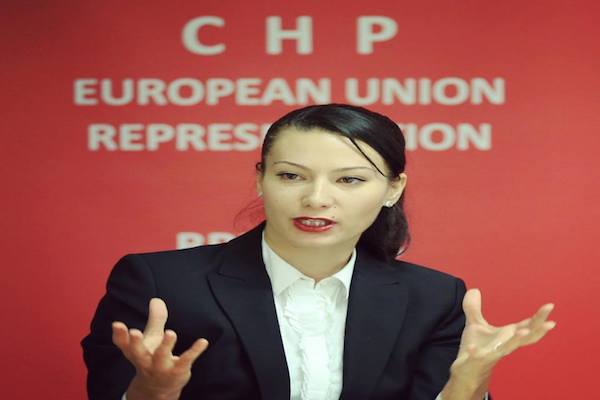 The ayes claim it will make the regime “more efficient, stream-lined and more responsive to popular will”. They assert that the President – now elected by direct suffrage – must have “commensurate authority”. They declare that the Presidential system is “the answer to all the problems and challenges the country is facing at home and abroad”. The stark reality is quite to the contrary. A “yes” vote on 16 April will have the following consequences:

It will mean the end of the separation of powers, of checks and balances because both the legislative and the judiciary branches of government will come under the control of the President.

The President, not the elected Parliament, will prepare and execute the national budget – with no accountability.

The President will be able to dissolve the Parliament – at will.

The President will have the power to appoint judges to the Constitutional Court and other high judiciary bodies.

The President retains political party identity, making the Presidency a partisan institution; this contravenes Article 101 of the present Constitution that is not affected by the proposed amendments and that calls for a bi-partisan President.

The Vice-Presidents and Ministers appointed by the President will answer not to the Parliament or to the people, but only to the President.

In short, the referendum will be a choice between a parliamentary democracy and one-man rule, between saying goodbye to democracy in all its surviving manifestations and giving Turkey another chance to reclaim its secular democracy. A “yes” vote will mean Turkey’s further estrangement from the Euro-Atlantic community and the EU. A “no” vote would give the democratic, secular and liberal forces the opportunity again to turn Turkey into a progressive, forward-looking country. Whether “yes” or “no”, 16 April will be a turning point for Turkey. The people of Turkey will say “no” and choose to go forward.

Please download our publication “Turkish Constitutional Referendum: All you need to know” for detailed analysis of the current situation, full unofficial translation of the proposed changes article by article, latest poll results, CHP Leader Kemal Kılıçdaroğlu’s statement ahead of referendum and unfair campaign conditions, NO campaign by photos and more.

CHP Representative to the European Union