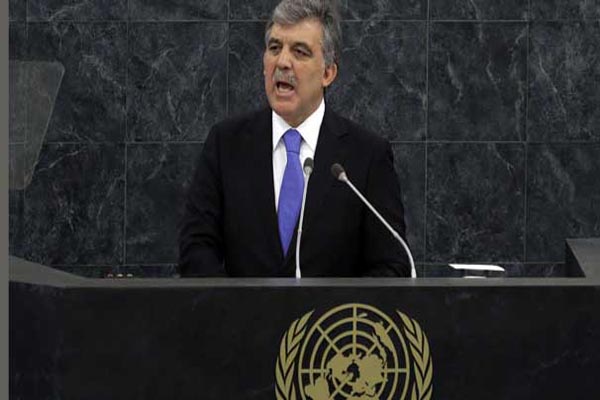 Gul added, "We need a UN fit for purpose in the face of current global realities."

The UN of which I speak should be a body capable of taking action to maintain international peace and security, said Gul and continued  "It should be able to safeguard security, justice, and people’s fundamental rights and freedoms."

Criticizing UN, Gul said, "We must realize that inaction by the Security Council only emboldens aggressive regimes."

"We need a Security Council which is truly democratic, representative, effective, and accountable," Gul said.