DOLLAR 7.4448
EURO 9.0064
GOLD 438.496
BIST 1524
Mesut Ozil to leave Arsenal and join Fenerbahce on free transfer, Avrupa...
Film industry comes to Meridian Water, this is incredibly exciting news...
Believing that a federation model in Cyprus would be a sustainable solution...
Altın Gün, Yüce Dağ Başında New single, video out now on Glitterbeat...
Mesut Ozil will only move to Turkey for Fenerbahce
WHO team touches down in China for COVID-19 probe
Trump becomes first US president to be impeached twice
Transformation of Old Street roundabout moves to next stage as road changes...
ANNUAL INVESTMENT ALLOWANCE REMAINS AT £1M UNTIL 2022
Tatar, If there will be future official negotiations, these will be based...

Turkey's Defense Minister Hulusi Akar gave a keynote speech on Wednesday at a webinar organized by a London-based think thank. 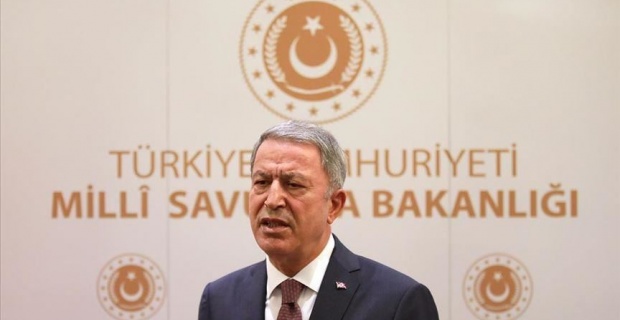 Akar touched on special relationship with UK and regional issues such as Nagorno-Karabakh and East Mediterranean. Turkey's Defense Minister Hulusi Akar gave a keynote speech on Wednesday at a webinar organized by a London-based think thank.The event, Turkey in a Changing Global and Regional Security Environment was held by the Centre for British-Turkish Understanding.Akar talked about Turkey and the UK's special relationship, as well as Turkey’s positions on regional issues ranging from the burning conflict in Nagorno-Karabakh to the Eastern Mediterranean.Ties between Turkey and the UK are “deep-rooted” and have a “historical background,” Akar said.

Looking to the future, Akar said post-Brexit the UK would be a non-EU NATO ally, just like Turkey.

“I believe that our bilateral relations and strategic partnership with the UK will align more than before on common risks and new collaborative opportunities,” he said.

State-on-state conventional warfare is on the wane, Akar said, but new “hybrid threats” are on the rise. These included artificial intelligence, nano-technology, and autonomous systems, he added.

He described the “quantum age of computing” as “both a possible risk and also as an enormous opportunity.” 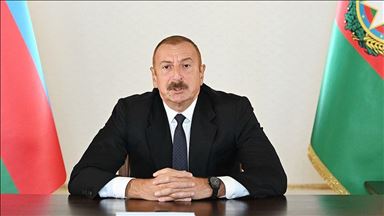 NATO was neither irrelevant nor “brain dead,” Akar insisted.

Instead, the role of NATO was more vital than ever, and the alliance has “continued to successfully adapt and grow in the face of diverse and emerging threats."

"Turkey will continue to strongly support this adaptation as she has done in the past,” he said.

All allies bicker, and despite disagreements here and there, Turkey and the EU still share long-term interests and a wide variety of issues, ranging from security and defense, to counter-terrorism, to preventing illegal immigration.

“Membership in the EU remains our strategic objective,” he said.

“In fact, a comprehensive approach to European security is simply not possible without Turkey or the UK,” he added.

Akar added: “Unfortunately, there is a lack of strategic vision on the part of the EU. Linking every aspect of our relations to the Cyprus issue and Eastern Mediterranean, allows our common agenda to be hijacked by certain members, including those that should never have been allowed in the EU in the first place. And by that, I mean the Greek Cypriot administration.”

He said this lack of vision in the EU was “not unfamiliar” to the UK, as reflected in the Brexit process. 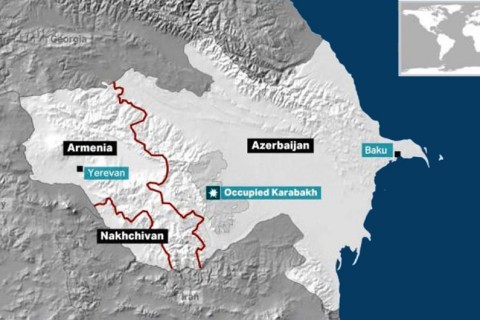 Unlike other parts of Europe, the threats Turkey faces are not theoretical – they are real, he said.

Turkey is fighting Daesh, the PKK/YPG, and the putschist FETO all at the same time, he noted.

The PKK were misleading the international community by using an alphabet soup of acronyms to disguise themselves, he said. The PKK, KCK, PYD, YPG, PJAK, YBS, and YJS are all the same organization.

He warned against arming the YPG in Syria, insisting that one terrorist group cannot be defeated by arming another. While the PKK has widely been proscribed as a terrorist organization, the YPG continues to receive support from Turkish allies.

“I must underline that we have no problem with neither the Kurdish people nor any other ethnicity. Our only enemy is terrorism,” Akar said.

Turkey, however, fights back.

“In Syria and Iraq, 3,700 of the most radical Daesh militants were neutralized by Turkey,” Akar said. “We lost many brave Turkish soldiers in these operations.”

The Gulenist terrorist organization known as FETO martyred 251 people, wounded 2,193 others, bombed the parliament, and tried to kill the democratically elected president.

“The Ministry of National Defense and our Armed Forces have become stronger with the measures taken since the coup attempt,” he said.

Akar called on allies and friends of Turkey to take concrete action against FETO, especially by responding to extradition requests for its members.

The UK was the first country to condemn the coup, and he said that display of solidarity “will not be forgotten.”

Syria is the bloodiest conflict in the region since World War II, and Turkey has been warning since 2011 it would turn into a quagmire, he said.

Turkey hosts 4 million Syrian refugees at a cost of $40 billion; 300,000 of them returned home after Turkey cleared Syrian areas of terrorists. Cease-fires, like that in Idlib, must hold in order to prevent another flow of refugees to Turkey and the EU, he said.

Akar said he wanted to see Syria stable, democratic, and united, with the same applying in Libya.

It has been a year since renegade Libyan general Khalifa Haftar attempted to topple the UN-backed government.

Without Turkish assistance, Tripoli could have fallen “leading to a major humanitarian disaster.”

There is no military solution in Libya, only a political solution will last, he said.

Turning his attention to tensions that have recently flared once again, Akar said Armenia had shown that it remained “the greatest obstacle to peace and stability in the region.”

He said: “We strongly condemn these attacks which constitute a clear violation of international law. The illegal occupation of Nagorno-Karabakh and its surrounding regions has led to over one million internally displaced people in Azerbaijan. In order to achieve peace and stability in the region, the Armenian occupation of these areas has to end.

“Turkey stands in solidarity with and will continue to support Azerbaijan as it protects its people and territorial integrity.”

In the Aegean, Akar said: “The core of these disputes are the excessive and unilateral claims by Greece and Greek Cypriots, which violate the sovereign rights of both Turkey and the Turkish Cypriots.”

He pointed to Greece violating the de-militarized status of islands such as Meis/Kastellorizo.

“Turkey has the longest continental coastline in the Eastern Mediterranean with a length of almost 2,000 kilometers,” Akar said.

“However, Greece and the Greek Cypriots are trying to impose their own maritime boundary claims, thereby trying to confine Turkey strictly to her coasts.”

“Greece claims a continental shelf area of 40,000 square kilometers for the tiny island of Meis/Kastellorizo, which has an area of just 10 square kilometers,” he continued. “This island is about 600 km away from the Greek mainland. It is obvious that such claims are neither realistic nor fair.”

He said Turkey had no interest in violating any country’s legitimate rights, and firmly underlined that Turkey is in favor of resolving all outstanding problems with Greece through international law, goodwill and negotiations. He asked allies to apply objectivity and common sense when comparing Greek and Turkish claims in the region.

On Cyprus, Akar said: “The core problem is that the Greek Cypriot side still aims to reduce the Turkish Cypriots to the status of a minority in their own homeland.”

“A solution to the Cyprus issue is possible only by accepting the fact that the Turkish Cypriots are the co-owners of the island,” he said.

He said Turkey would support any solution that respected Turkish Cypriots' equal rights both politically and in terms of their entitlement to natural resources around the island.

Keywords:
Hulusi AkarUK Turkey ForumTurkeys DefenseLondon-based Think Thank
Your comment has been forwarded to the administrator for approval.×
Warning! Will constitute a criminal offense, illegal, threatening, offensive, insulting and swearing, derogatory, defamatory, vulgar, pornographic, indecent, personality rights, damaging or similar nature in the nature of all kinds of financial content, legal, criminal and administrative responsibility for the content of the sender member / members are belong.
Related News