Turkey does not want war with Syria

Turkey does not want war, but an immediate end to bloodshed in Syria, Turkish President Gul told 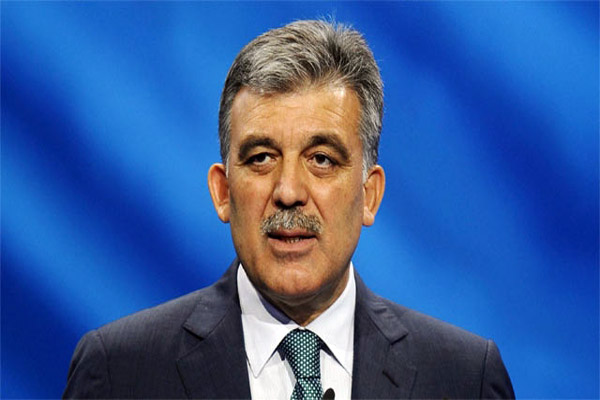 As Syria is preparing to disclose its chemical weapons and eliminate them by mid-2014, Turkish President Abdullah Gul said on Friday that Turkey did not seek war, but an immediate end to bloodshed in Syria.

"Turkey does not want war. Turkey only wants an immediate end to bloodshed in Syria," Abdullah Gul told press members at Esenboga Airport in capital Ankara before departing for New York, where he will attend the 68th session of the United Nations General Assembly.

Gul's remarks came after Syrian Deputy Prime Minister Qadri Jamil admitted the civil war in his country had reached a stalemate and said the government wanted a ceasefire.

Jamil told the Guardian, 'Neither the armed opposition nor the regime is capable of defeating the other side. An end to external intervention, a ceasefire and the launching of a peaceful political process in a way that the Syrian people can enjoy self-determination without outside intervention and in a democratic way."

He will deliver a speech at the UN General Assembly and have interviews with leading media institutions.

Gul said he had scheduled talks with his Iranian and French counterparts in New York but had not demanded a meeting with US President Barack Obama.

He is also set to meet with Turkish citizens in New York and to receive the representatives of the Meskhetian Turks.

The Turkish president will return to Turkey on September 28.