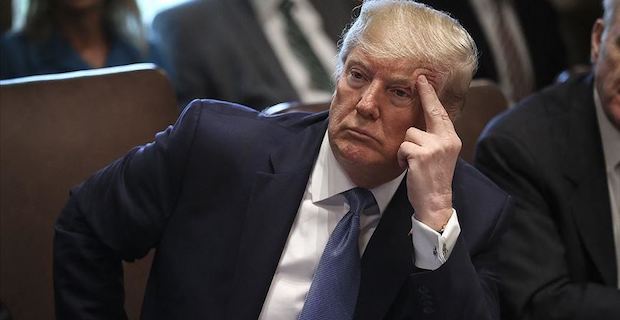 President Donald Trump made a series of contradictory remarks Thursday on whether or not the U.S. will be imposing sanctions on Turkey over its purchase of the Russian S-400 anti-air system. Trump initially said the sanctions are not under consideration "right now," before later telling reporters "we’re looking at it." The president said the situation is "very very difficult," continuing to blame his predecessor, former President Barack Obama, for the row."The previous administration made some very big mistakes with regard to Turkey and it was too bad," Trump said in the Oval Office while hosting Dutch Prime Minister Mark Rutte. "So we’re looking at it, we'll see what we do. We haven’t announced that yet.”

The Trump administration began Wednesday the process of removing Turkey from the F-35 fighter program over its acquisition of the S-400 in a major rift with a key NATO ally. The expulsion is slated to be completed by the end of March 2020.

Kalin said the suspension is not compatible with previous statements from Trump and Turkish President Recep Tayyip Erdogan, according to a statement from the Turkish presidential office.

The delivery of S-400 components began last week and is ongoing, with 15 shipments of related equipment so far having landed in Turkey over the last seven days.

Keywords:
Donald TrumpTrumpS 400 Sanctions
Your comment has been forwarded to the administrator for approval.×
Warning! Will constitute a criminal offense, illegal, threatening, offensive, insulting and swearing, derogatory, defamatory, vulgar, pornographic, indecent, personality rights, damaging or similar nature in the nature of all kinds of financial content, legal, criminal and administrative responsibility for the content of the sender member / members are belong.
Related News