United States and North Korea hold talks on three fronts this week, with view to smoothing way for leaders’ meeting 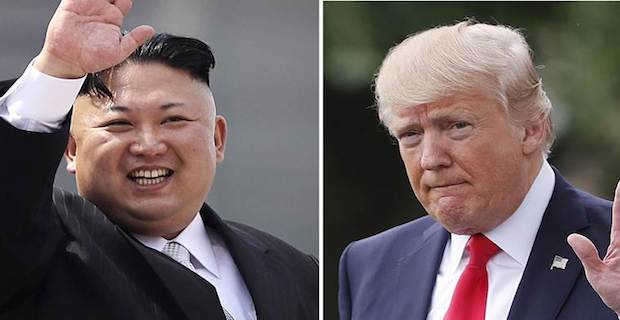 North Korean leader Kim Jong-un’s right-hand man was travelling to the United States Wednesday to iron out the details of his country’s promise to denuclearize, according to multiple sources including U.S. President Donald Trump.Kim Yong-chol, 72, is known to have left the North a day earlier, but he stopped in China.

Trump later tweeted that Kim was “heading now to New York,” while diplomatic sources cited by Yonhap News Agency confirmed he would fly out of Beijing Wednesday afternoon.

While the China stopover may be simply explained by the lack of a direct route between North Korea and the U.S., the destination of New York was a shift from an original plan to go to Washington, D.C.

Kim reportedly made the change because of sensitivity around the American capital, and Pyongyang has a diplomatic mission at New York’s United Nations headquarters.

In any case, he is expected to meet with U.S. Secretary of State Mike Pompeo as a key step in finalizing the scheduled Trump-Kim summit in Singapore on June 12.

The former spy chief will be the most senior North Korean official to enter the U.S. in nearly 20 years, having literally sat at Kim Jong-un’s right side during last month’s breakthrough inter-Korean summit.

Washington and Pyongyang are also engaged in separate but related talks at the inter-Korean border and in Singapore, reflecting the urgency of preparing everything from details of the North’s denuclearization vow to security protocols.

North Korea has been keeping China in the loop regarding its recent surge in diplomacy with South Korea and the U.S., and Lavrov’s trip may be aimed at doing the same for Russia, which was part of a stalled six-party process to bring about the North’s denuclearization.

Keywords:
Trump-KimNorth Korean Leader KimUnited StatesDonald Trump
Your comment has been forwarded to the administrator for approval.×
Warning! Will constitute a criminal offense, illegal, threatening, offensive, insulting and swearing, derogatory, defamatory, vulgar, pornographic, indecent, personality rights, damaging or similar nature in the nature of all kinds of financial content, legal, criminal and administrative responsibility for the content of the sender member / members are belong.
Related News